Page 24 of 24
by shardbearer
I tried filing down a 1/2" rod, it's much more difficult than the 1/4". I worked about 30 minutes trying to sharpen it, and only rounded it down. I tried changing the speed of the drill (my belt is kinda messed up, but it worked best at about 800 rpm), but it still fell out of the chuck 3 or 4 times, because they are not made to take the sideways force, the file chattered against the drill, and it felt like it was trying to grind my joints down with all the vibrations. I tried clamping my file to the plate at an angle, and the threaded rod moved up in the chuck, and I almost filed away at the end of the chuck. The chuck left indents into the threaded rod from me cranking it down. Not reccomended for calibers above 1/4".
by ramses
Can you go to Harbor freight, pick up a $15.00 angle grinder and $5.00 set of wheels, and use that on the rod in the drill press?

I have a lathe, and that's how I make points on pre-hardened rods. Except I hold it in the lathe, rather than the drill press.
by jackssmirkingrevenge
TACOS!!!!!

by archie370
Holy shit that's a sweet cannon, mount that on a car it would be so sweet

, its a hybrid right ?
by sagthegreat
frozen burritos?
by Spudrookie
I'm probably going to get smashed for this but I like to take a piece of wire ( 4ft long) and string it between two potatoes and fire them. They spread and act like a 200ft/s knife. I'm sorry young tree in my lawn, you had to die...
by Spudrookie
I tried this and will never again. I took a pound of this gravel (the stuff is sharper than obsidian) and put it in a paper cup that I weakened with a knife. I shot it at a piece 3/4" plywood that was 2'x4' and was left with a 1 foot hole and bunch of pissed off neighbors.


Another dumb thing I shot was a knife. Don't ask...
by Crna Legija

that tank under it makes me think is a pneumatic
by AircannonSweden
Mythbusters ammo, pork or steak inside some wadding

by Technician1002
The taco launcher is a Ejector or Eductor air jet design. That design takes very high air pressure to operate. It uses an air jet to pull the taco from the cylinder and launch it from the barrel. That design works will for launching t shirts, stress balls, tacos, hot dogs and stuff into a crowd, but is too low power to punch heavy spuds through 3/4 inch ply.
by archie370
that tank under it makes me think is a pneumatic[/quote] yeah I thought that as well but then I saw 2 tanks that's why I asked

by Talk
Ice Ammo like jrrdw said in the beginning of thread. 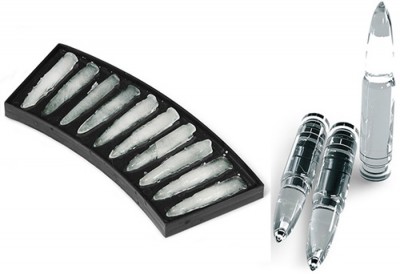 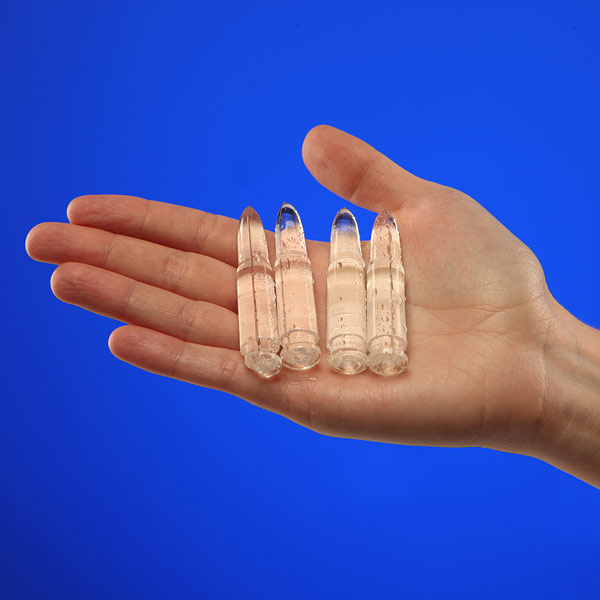 by Doodmens
Today I experimented with ceramic ammo and it worked great! I just shoved some clay in a short piece of pipe with the same diameter of my barrel and pushed it out again with an arrowshaft that fits perfectly inside the barrel. To prevent it from sticking to the arrow I used some flour. Then baked the little cylinders I got and shoots quite well! You can also put nails through it, modify the tip so that they whistle when fired (really, really cool). They do explode into a million tiny shrapnels, so watch out!
All times are UTC-05:00
Page 24 of 24