Using a pneumatic cylinder as a recoil buffer?

I've finally revived my old "anti tank" lookalike cannon idea. The cannon itself has been in firing condition for quite some time now, the main issues it had were leaks, a trigger mech, a reliable way to pressure her and some kind of "stock" that would allow me to shoulder fire her without too much recoil.

All issues have now been solved except the pressure source and the stock, the pressure source issue is practically solved at this time. So that leaves me with the stock, i plan on using an old cylinder i have lying around to try and dampen the recoil. It's a very sturdy model with a 50mm piston and 100mm of travel.

I plan on fully extending the piston and capping one port with a 1/4 plug, so it would basically use the air still present inside as a buffer. I'm not asking if it's practical

but would it work? The cannon has a 1,2" piston valve, a short 2" chamber and a 90cm 25mm barrel. It will shoot slugs made out of wire rod and washers at around 50bars, the cannon itself is not finished so i can only guess the weight but it should be near 12/13kgs.
Top

Hmm i used the edit function to fix a typo in the title but it seems like it created a new thread somehow? Guess the other one can be deleted.
Top

No reason why it shouldn't work. 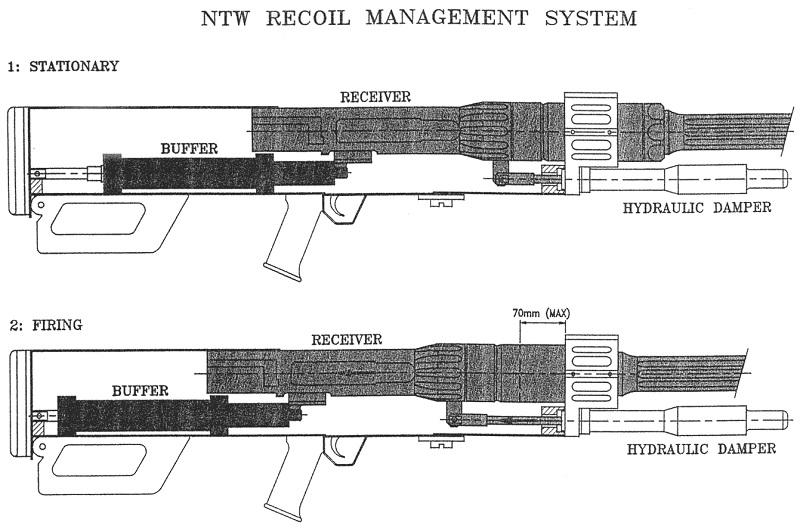 The barrel and breech are free to move in the stock with both a hydraulic damper and a return buffer. The damper would not really be necessary for a pneumatic launcher as the recoil is more gradual.

Wow that looks very similar to what i'm building actually. I would assume a hydraulic buffer would be a bit stiffer than a pneumatic one, but if it's too light i could always attach a shrader valve to one of the ports and give it a pump or two.

But i need to be careful now not to build too much of the stock already as the gun would be more or less encased in the stock, and i still need to add some fittings to the chamber for filling the gun. But things are looking good for now

Alex345 wrote:Wow that looks very similar to what i'm building actually. I would assume a hydraulic buffer would be a bit stiffer than a pneumatic one, but if it's too light i could always attach a shrader valve to one of the ports and give it a pump or two.

In a hydro-pneumatic recoil system, the hydraulic portion is much like the damper in an automotive suspension system. Its function is merely to make sure that the recoil and return strokes are smooth. The pneumatic portion is the "recuperator", whose function is to return the gun to battery once it has reached the end of its recoil stroke. On this return stroke, the hydraulic damper also provides friction that smooths out the motion and ensures that there aren't oscillations, ie the barrel and breech assembly don't bounce back once they reach the end of their return stroke.

I don't think it's really necessary on the scale of a relatively small pneumatic launcher. Something like the Truvelo 20mm rifle can justify incorporating a buffer in the tripod, but that's because it's producing around 45-50K joules of energy at the muzzle:

So if comparing it with car suspension, the hydraulic buffer would be the shock absorber and the pneumatic part would be the spring? In a crude way at least.

Reading all of this makes my kinda think i overestimated the recoil that my cannon would create... But heck if the cylinder can make the cannon move back and forth a bit when it goes off, the cool factor would already be worth the effort!
Top 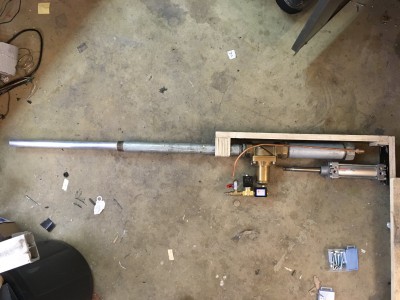 The cylinder is not yet attached to either the cannon or the stock, and the stock itself still needs some reinforcement, but it's a nice indication of what i'm trying to make

That's looking pretty sweet, I can see the parallel with the NTW-20! As you said, not really enough power to justify a recoil mechanism but it will be a cool feature to have regardless.

Did a few test shots at 40 bars on an old aircon radiator. 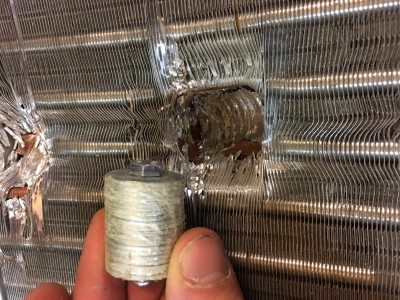 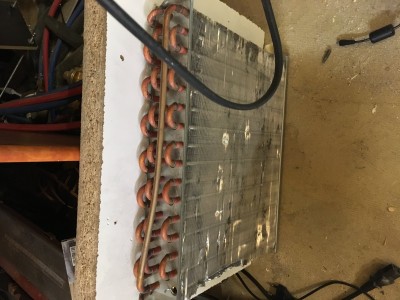 The particle board i used as a backstop is about 38mm thick. I also took a shot at the board without the radiator and it went clean through even tho the projectile impacted sideways. The projectile is made of 20x 25mm washers held together with a 35mm M6 nut and bolt.
Top

Ooh, i scored a non-sideways hit! This one was without using the particle board backstop. 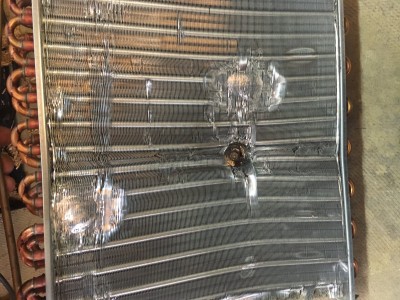 Nice! Need a lighter tail to make those projectiles fly straight though...

Oh certainly! Thats what i wanted to use the special x-frame aluminum profile for in the near future. But because this was just a test at less then 4 meters i just went for the most simple thing that i could shoot

The washers are supposedly the same diameter as the barrel (25mm), but in reality they are prob 0.5mm smaller so i had to use some tape to get a snug fit. My future plan for the finned ones is to buy another piece of aluminum tube with an OD of 25mm and buy smaller washers that will fit into that piece of tube. I've tried fitting a piece of 25mm alu tube into this barrel before and the fit was just diabolically perfect!

The main issue i have now with the fins is that my cheap POS electric miter saw with it's universal blade doesn't cut the profile tubing straight... I thought that's why people buy these things in the first place? Dunno if it's because it's cheap or if i need a blade SPECIFICALLY for aluminum, but the whole damn thing has quite some wobble to it...
Top

A cheap manual miter saw will probably do a better job.

Yup, i remember using those manual ones in shop class when i was a kid. But it seems like they have been shoved off of their throne quite brutally by the electrical ones... I'm sure that if i bought a Makita i would not have had this problem, but that was just too much money for the few times i'd use it.

I have a good buddy of mine that still has a manual one, next time he comes over i'll ask him to bring it. If it works better i'll just buy one of those.

But as you predicted, the recoil is actually quite manageable, so i'm removing the whole recoil absorbing stock and i'm building a solid one. The cannon had waaaay to much wobble in the old stock which made mounting any kind of optic a joke. It will also give the cannon a much sleeker shape

Got a full scuba tank to fill the cannon up and my first finned projectile! Although, i did some calculations and it turns out my barrel/chamber ratio is not that great and i should probably chop almost half of the barrel to achieve a good ratio... I hope, I really suck at mathematics, i'd rather just shoots things with cannons.