Brass as the foundation of a projectile?

I'm sitting here looking at a piece of 38 special brass. It just happens to be on my desk (yes, really). And I'm thinking to myself, "Self, this might make a good projectile." More to the point, I could see epoxying a nail in the primer pocket to make a dart. But a dart that is reasonably cheap/easy to make and is readily available in very precise/reproducible dimensions. Now, maybe 38 special isn't the best round for this. A rimless cartridge would probably work better, but hey, 9 mm is rimless and even cheaper than 38. Run it through a flaring die and you could even have it be effectively cylindrical easy peasy.

I have wanted to do this for many years... thought 12 g hulls would be fun
Top

It sounds like a good idea to me. At least worth trying for sure. It's always fun even if it doesn't work as hoped for.
Top

How would hollow cylinder and sabot go.
Someone's thought about it. 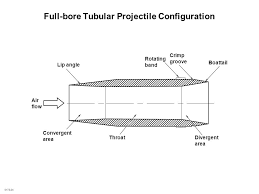 I have wondered about this too, particularly with a helical vane inside the hollow to facilitate rifle stabilization in a smooth bore barrel.
This weapon serves to silence the noisy speakers of the stupid of the other street! (joke) -Hectmarr
Top

Aperently, This design, unless gets mach 3 and over.
Creates a dome shock infront.
Dunno if much be gained from it
From lower herbs.
Interesting non the less.
Top

"Cookie Cutter" tubular bullets exist, but they need to be fired from a rifled barrel: 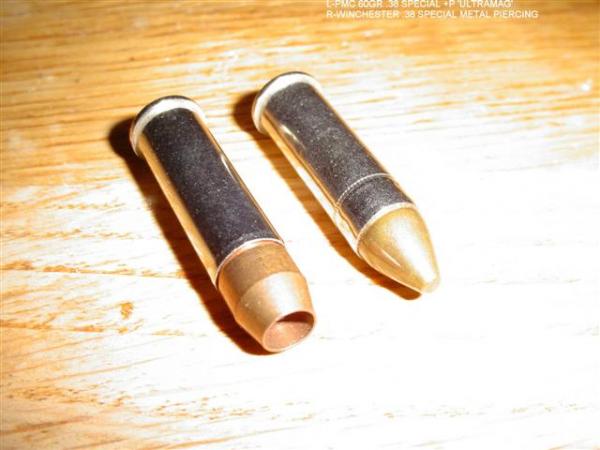 Light projectiles with very high velocity and good ballistic coefficient due to the low frontal area.

They were made for the 38 special by PMC but it seems that due to their composition they were classified as armor-piercing ammunition for handguns which became a legal no-no.

As to the subject of this thread, sounds like it would work.

I've had good success cutting the end off a 12 gram CO2 cartridge and putting a bolt though the front and had done some experiments with drag stabilization back in the day, it's not the most elegant solution but it works, and, importantly for ammunition, it would be relatively cheap and easy to make.