file knife (in the making)

jackssmirkingrevenge wrote:Shame you're going to add a handle, I really like the "file" look. Guess that makes me a fileophile

Why not a compromise- two scales for a minimalist grip, with some of the pattern showing around the edges? Would look good

thanks for the help, still have a couple questions though, in the post you said water, i was thinking of using old engine oil, is water better then oil?

do you know what temperature is best to heat it to, because with the electric furnace i have access to it would be much easier to know the temp rather then the colour to look for


Hawkeye wrote:If you don't overheat the blade you can get a couple of tries without burning the carbon out of the steel.

when i softened the blade i put it in my dads furnace after he finished using it , and let it cool in there, it would have been at around 1000c, would this have ruined the metal? also i placed another couple of files in there when he tured it on and now they have a .5mm crust all over them, are they still good?

sorry for all the questions


jackssmirkingrevenge wrote:Shame you're going to add a handle, I really like the "file" look. Guess that makes me a fileophile

ha ha, well i would have been tempted to not put a handle on it if it didn't still have some writing on it, also the handle at the moment isnt very comfortable, it definitely needs grips, but dont worry, i have a much better file that i plan to make a knife out of and not have any grips, ill get a pick of it later


inonickname wrote: Why not a compromise- two scales for a minimalist grip, with some of the pattern showing around the edges? Would look good

would look pretty cool, but i dont like how the pattern wouldn't go all the way to the end
why make it if it dosent shoot?
Top

OIL, use oil!!! Cause if the nprmalizating process isnt exacly perfect, it will crack during the quench
Est Sularus Oth Mithas
Top

jakethebeast wrote:OIL, use oil!!! Cause if the nprmalizating process isnt exacly perfect, it will crack during the quench

definitely think i will use the oil then, havent done this much to have it crack on me...

can anyone tell me what the best annealing and heat treating temperatures are?

JSR, i want to make a knife out of this one, and will definitely leave the pattern on the handle, just need to decide on which design to use 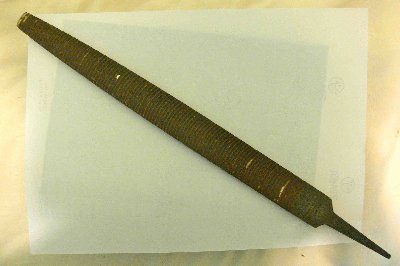 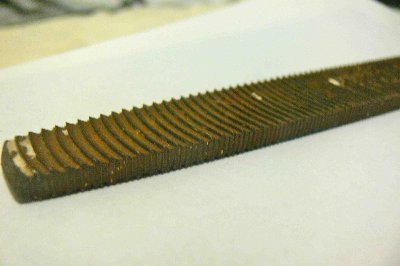 why make it if it dosent shoot?
Top

well, for that kind of steel, 830c would be pretty much ideal, since its carbon steel. and same for annealing
Est Sularus Oth Mithas
Top

jakethebeast wrote:well, for that kind of steel, 830c would be pretty much ideal, since its carbon steel. and same for annealing

thanks, i think the file i made this knife out of probably didn't get to much hotter then that, the furnace had been heated to 1000c but had been turned off and opened a few times, but i put a couple files in there while it was heating up and then let them cool off in there as well and now there got .5mm crust on them, if i can get that off will they be still ok to use?
why make it if it dosent shoot?
Top

jackssmirkingrevenge wrote:Shame you're going to add a handle, I really like the "file" look. Guess that makes me a fileophile

IMO a lanyard handle would be a good compromise.

MRR wrote:IMO a lanyard handle would be a good compromise.

it did cross my mind to do that but its the end of the handle that i dont want to see so thats what im trying to cover up
why make it if it dosent shoot?
Top

yes, the crust is just oxygen and impurities from the steels surface, steel takes that crush everytime you heat it
Est Sularus Oth Mithas
Top

ok so i finally heat treated it today, did go as good as i had hoped, my dad was strongly saying that i didn't need to wear gloves, guess what, flames burnt my hands a little and it didn't go in as evenly as i wanted, the blade is a little bent but other then that i think it worked 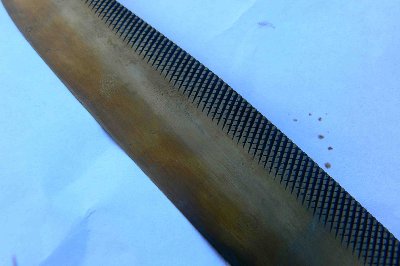 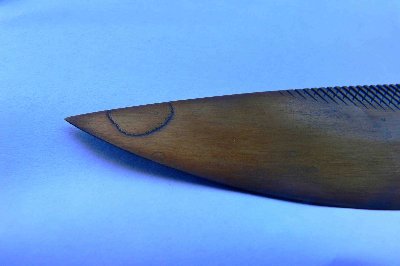 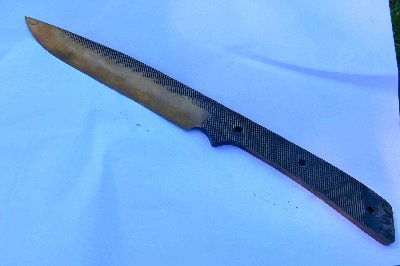 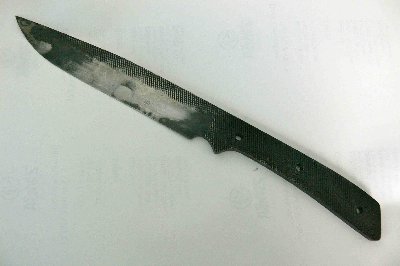 why make it if it dosent shoot?
Top

What is that little blotch at the tip? Slag or a crack of some sort?
I'd suggest you try polishing and bluing the blade otherwise it'll rust quickly.
But overall it turned out pretty good so far.

looks like a crack, did you quench it in oil? did you try with a file that it is hardened? other than that it looks good

im not sure what that thing at the front is, there are some other smaller ones on there, i will try and sand them of but it will be hard

thanks, ill take a look into that


jakethebeast wrote:looks like a crack, did you quench it in oil?

i hope it isnt, yea i did


jakethebeast wrote:did you try with a file that it is hardened?

the darker part of the blade in the last photos is hard enough to not really be affected be the tip of a sharp scalpel, further back though still can be scratched
why make it if it dosent shoot?
Top

jakethebeast wrote:i hope you are planning to do differential heat treatment

yea of cause...... just ah, what is differential heat treatment?

Basically, it is method of hardening the edge but keeping the spine soft. It's not necessary, especially for a file knife since the spine is so thick, but it helps to keep a cutting edge but a softer, flexible spine and tang.

Back in the day, the Chinese used to put a special clay over the spine but leave the edge exposed. They'd heat it then quench it, which resulted in the above results. Nowadays, you can just heat the edge with a torch until it gets the right color then quench it. It doesn't make for a quality like the katana or similar, but it works. I've done it with a couple of file knifes and axe heads and it's work out pretty good.

As far as bluing the blade, this can be done pretty easily with vinegar or other acids. Search on patinas or vinegar bluing and you will see how easy that is.

Now my question: What are the knife's dimensions?
Hubb Library
FreePaintballPlans.com
Top

Hubb, its necessary every time! cause hardened spine is very fragile, even though its thick, it will last you forever if you differential heat treat it RIGHT, you can always fail it hehe
Est Sularus Oth Mithas
Top
Post Reply
50 posts