I Found A Cave!

This cave is located about 15 miles from my house. No one has explored this cave, according to the local population. I plan to get down into this cave as soon as I buy the necessary equipment. Enjoy the video

if video games taught me anything... In case you find any war time memorabilia....be careful...
Gun Freak wrote:
Oh my friggin god stop being so awesome, that thing is pure kick ass. Most innovative and creative pneumatic that the files have ever come by!

Next time you throw rocks into a dark hole be sure and duck! Something might throw them back!

Doctore wrote: as soon as I buy the necessary equipment 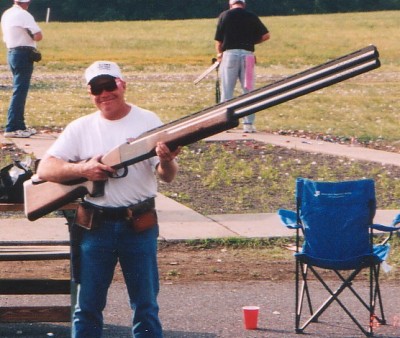 If I would go there..

jrrdw wrote:Next time you throw rocks into a dark hole be sure and duck! Something might throw them back!

Reminds me of a joke:

Two guys are out walking in the woods when they come across a large hole. Wanting to see how deep it is they find a rock and throw it in, but it doesn't make a sound. They find a bigger rock and throw that in but it too does not make a sound. They look around some more and eventually find a big railroad tie, lug it over to the hole, and throw it in. Still no sound. Shortly after that a goat comes along running 60mph and dives headfirst into the hole, but even that doesn't make a sound. The two guys give up and are about to walk away when a farmer walks into the clearing and asks them a question.

"Have either of you guys seen a goat around here?"

One of the guys responds "Yeah we saw a goat come running through here a minute ago. It dove right into this hole."

"Well that couldn't have been my goat" says the farmer. "My goat was tied up to a railroad tie."
Top
Post Reply
6 posts • Page 1 of 1