A couple of weeks ago, I threatened to talk about this (seeing it is slightly related to the prototype military tech much beloved by the forum), so here we go.

"Fracturing Veil" is a sci-fi/fantasy setting I'm working on, set in an alternate modern day where computing and robotics have made great leaps. While truly conscious AI remains an highly expensive and equally legislated scarcity, lesser automatons have become a familiar sight throughout the industrialised world.
But under this veil of modernity lies a hidden world of beasts and daemons, a realm kept secret by ancient pacts and concealing magics. The main story revolves around an ex-military AI prototype inadvertently discovering this underground reality, and thus finding herself inducted into a world of the paranormal.

(This might seem an odd combination, but suffice to say that this whole thing started based on a theme of half-human characters).

In 1982, Mikael Nordstrom made a major breakthrough (some would say the major breakthrough) in self-optimising algorithms; at first the impact of the discovery was limited, but once the implications had been considered, it was possible to use ever-smarter algorithms to help design faster, more efficient software and hardware. By the late 1980s, Moore's law had been dramatically exceeded, with transistor counts doubling every 6 to 8 months. (This trend would continue until the early 2000s, at which point processors began to start hitting fundamental limits on transistor size).

With reliable image processing, sophisticated logic and advancing computing power, the "Tomorrow's World" future of domestic robots became a tangible possibility, and by the 1990s, the development of robotics technology was in full swing.
Naturally, driven by massive government budgets, military applications were something of a leader in this field, with different nations competing to bring combat robots to the field before the turn of the millennium.

The Bosnian, Kosovo and the early Second Chechen conflicts saw the start - and end - of autonomous drone deployment (drone here covering legged, tracked and airborne units). Although effective in combat, the systems had been deployed prematurely. In their infancy, there were a number of incidents where the drones engaged civilians and surrendering enemies; circumstances that would have been considered a war crime had they been committed by human troops.

This forced a response from international law, with the 2001 Berlin Convention determining that culpability for autonomous systems fell upon the governments and corporations involved. Drone deployment and development did continue, but with human operators within the loop - although this slowed the drone's reactions, it provided accountability and oversight that allowed combat drones to be used without potentially invoking the Convention.

The loophole that had not been foreseen was true sapient AI. Although the first true AIs had been certified by the Sears-Turing test a year earlier in 2000, it was not until 2004 that the EU formally recognised them as legal citizens.
Now recognised as legally accountable citizens of their countries, AIs were immediately exempt from the terms of the Berlin Convention. By late 2006, the German AI "Fritz" (after Fritz Lang, the director of "Metropolis") had been developed as a prototype and deployed to the Afghanistan conflict. He proved ferociously effective, able to interface with dumb drones and improve their performance far beyond what was possible with a human operator. (This also quickly proved an Achilles heel - he was disabled in combat in June 2007, taking down all drones on the operation).

The current epitome of the technology is the first British combat AI, Athena, activated in 2010. Built by PUE Systems as a money-no-object showcase prototype in response to the equipment crisis the British Army was experiencing at the time and as an ambassador for a public sceptical of military AI, she utilises several technologies too expensive or redundant for wider deployment, making her as close to the concept of a true super-soldier as currently exists, far exceeding human strength, resilience, speed, agility, precision and reaction times. 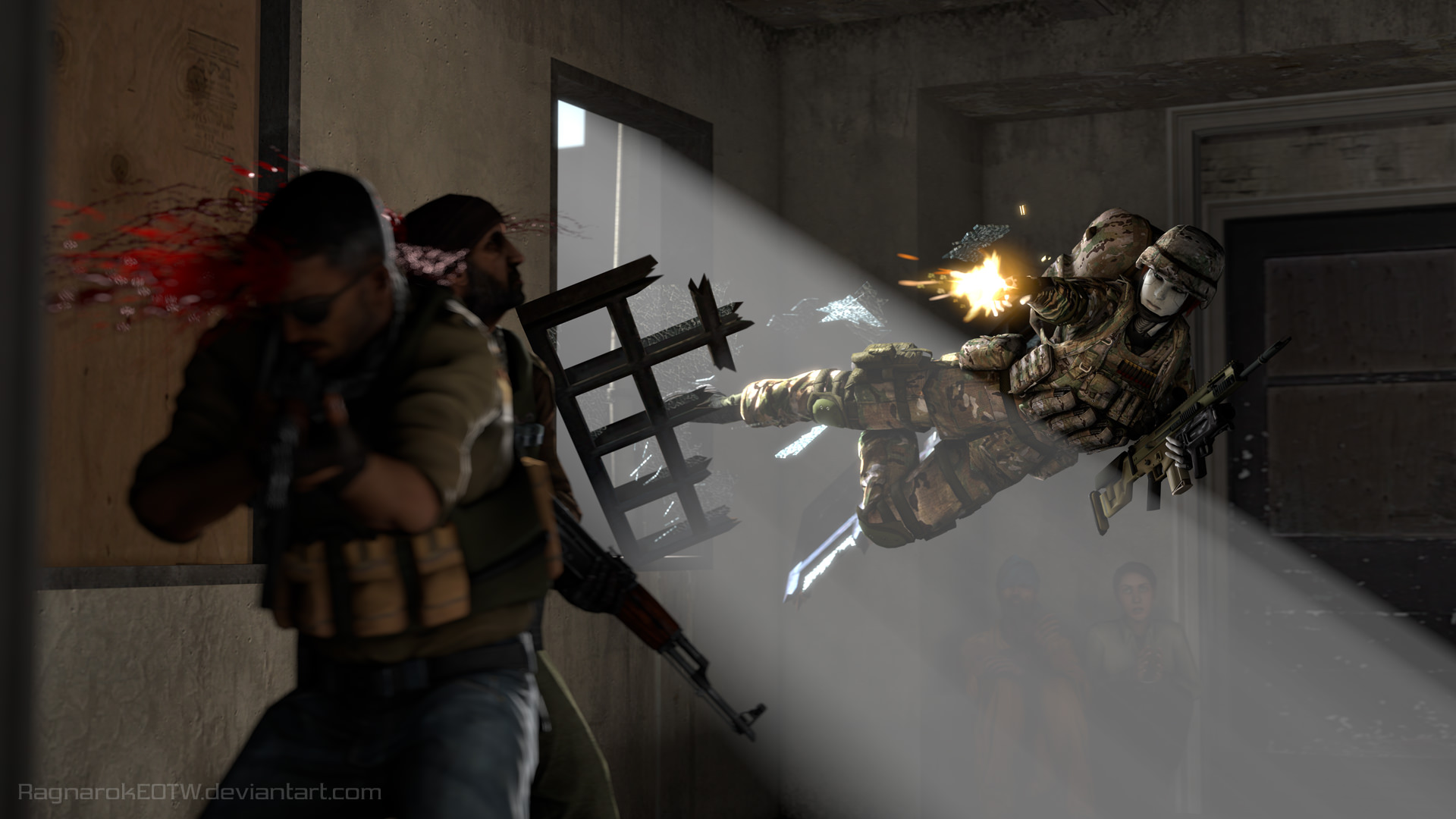 In civilian life, robotics are a familiar sight, but the technology is still sufficiently expensive that they remain something of a luxury item for most.
Of these robots, only a very small fraction are classified as true AI, with a population of approximately seven thousand worldwide; these are largely concentrated in Europe and Japan, where AI rights are best established (even if not necessarily the equal of human rights).

This concentration results from the programming of Artificial Intelligence being a very tricky process, that can be more quickly, precisely and easily achieved with the aid of pre-existing AIs* - most of whom are naturally reluctant to program descendants for countries where they would be considered in servitude.
*Fewer than one percent of existing AIs are "first generation" (i.e. programmed by a human), a fraction that will inevitably fall with coming years.

Other technologies have also benefited; the development of the power technologies required for robotics has reflected in areas such as electric vehicles, which now represent a significant fraction of vehicle registrations.

In comparison, human-machine interfaces have lagged behind. Although the advances in robotics technology have lead to powered exoskeletons - both unarmoured and armoured, civilian and military - these systems lack the power, precision and reliability of purely robotic systems.

With robotics now a modern reality, their concept in speculative fiction has been largely replaced by cyborgs and digitised humans, technologies that rely on a link between man and machine that may still be decades in the making.

Politically, however, the world is much the same. Although robots are starting to become plentiful enough to precipitate something of an employment crisis (with standard automatons easily able to perform unskilled and semi-skilled labour), this feeds into the same unrest as is placed upon immigrants or whatever other group can be blamed for the perceived decline in society.
Many major events have played out very similarly, with the leaps in technology doing nothing to quell human irrationality.

That, however, is just the world as it appears to be, as may be obvious from some of the other main characters... 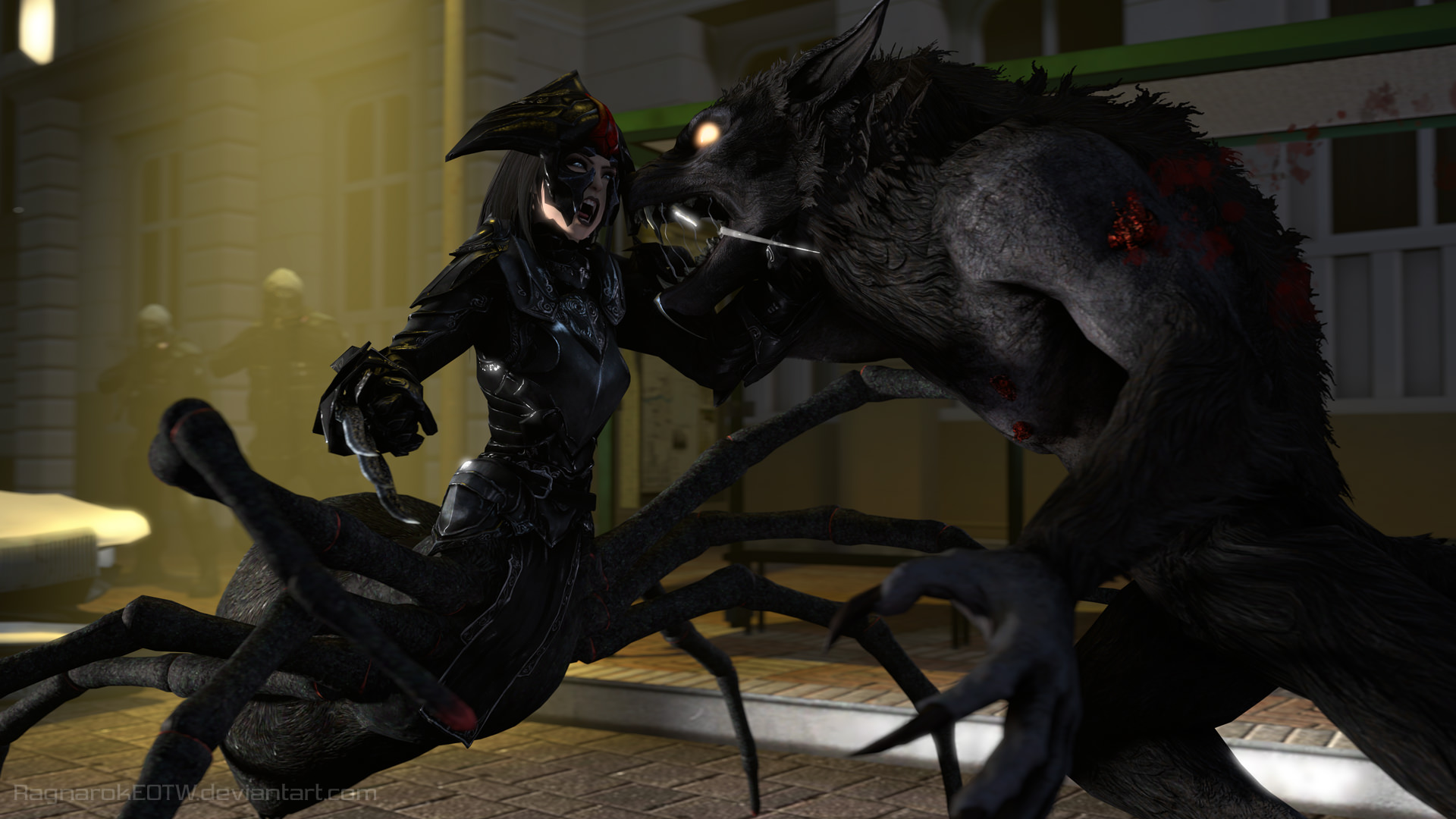 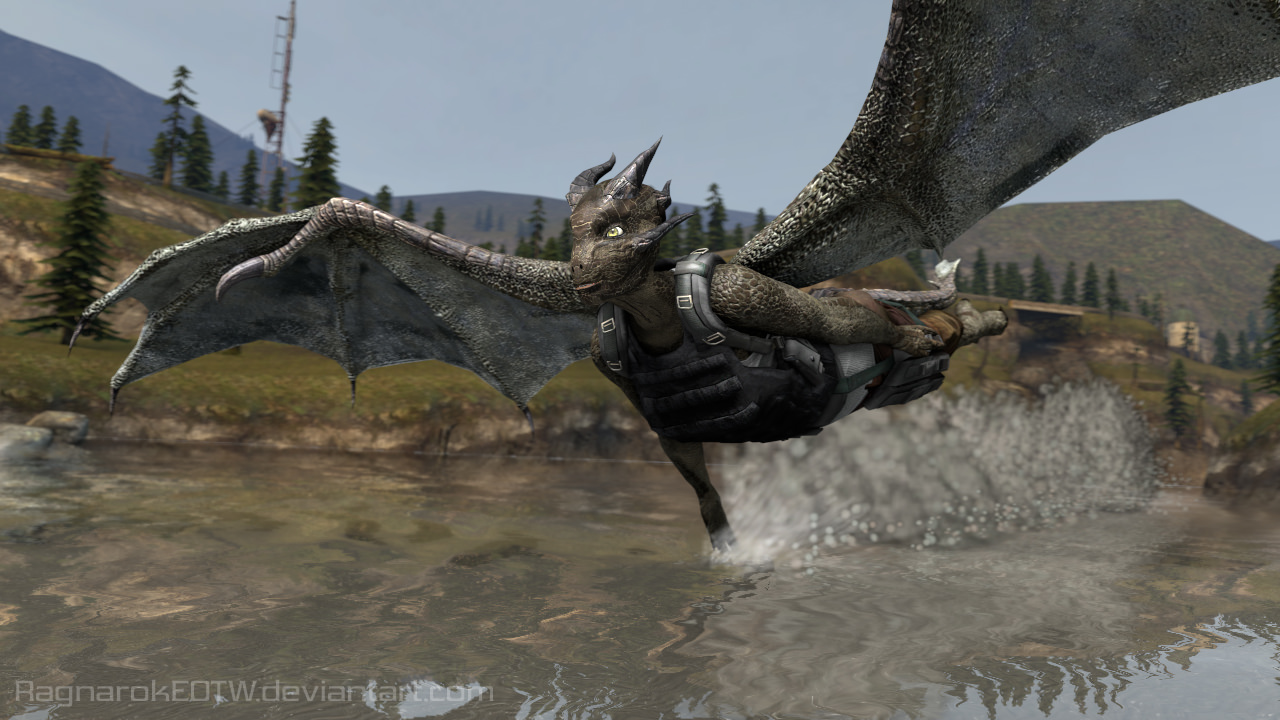 ... although that side of things is something I'll explain at a later point.

Should you really need more now, there are more images (most with a lot of blurb) in this folder on my DeviantArt, covering details like AI neurology, the rules of magic, cultural response to AI, and where daemons go on holiday, because I really think about these things too much.
https://ragnarokeotw.deviantart.com/gal ... uring-Veil

(Bear in mind that the setting and many of the digital models are in development - at the moment, one of the main characters hasn't even appeared in any of the art yet, and I'm still making changes to the others. Athena's model has been bulked up a lot in a recent change, for example).
Last edited by Ragnarok on Sat Feb 03, 2018 1:46 pm, edited 2 times in total.
Does that thing kinda look like a big cat to you?
Top

Question though, have you come across the Craft books by Max Gladstone? I reckon you'll enjoy them if you haven't yet.
/sarcasm, /hyperbole
Top

I haven't, no. (Although looking at reviews and extracts, it does look like it could be interesting).

I have to say though that one of the things about my influences in this project is that often it's cases of things I don't want to do.

For an example, the moment robots are introduced into most stories, there's a high chance they'll go haywire or get hacked.

In Fracturing Veil, while non-sentient robots aren't necessarily completely reliable or secure, they're pretty damn good (there's rare cases of successful hacking, but the military would hardly use them if they were a complete liability).
AIs, however, are impregnable; their code is incomprehensibly complex, is completely unique to each AI, and they can analyse and shut down malicious attacks on microsecond timescales. In fact, the whole main plot kicks off because AIs are immune to the magical glamours that have been fooling humans for centuries.

This does in its own right create trust issues, as an AI's mastery of its own code means that AIs cannot have safeguards.
And in a case like Athena, it's also illegal for her to have any killswitch, both because she's a citizen and because she'd no longer be accountable in combat.
Unsurprisingly, not everyone is happy about the idea of an unstoppable super soldier now she's living in the UK rather than Afghanistan. (Along with all kinds of hypothetical situations about her walking into Downing Street and killing the Prime Minister - although, in fairness, if she did decide to, she could. It's not like the police guard are equipped with anti-materiel rifles, and even then they wouldn't be in with much of a chance).

... but yeah, that's sort of it. In a lot of cases, I've started with an idea I don't like and worked out something that makes more sense to me.
Does that thing kinda look like a big cat to you?
Top

Some silliness from Valentine's Day: The slightly less silly stream of thought that came with it:
The development of powered exo-skeletons naturally meant the possibility of a whole new generation of infantry weapons.
Athena was a natural candidate to field test many of these concepts, having the physical strength and stamina to emulate an exo-assisted trooper, but a massively shorter training time and sophisticated internal telemetry.

This included field tests of a hand-held M134 minigun - the weight, recoil, aiming and battery life of such a weapon was much less of a concern given advances in technology, but the electric firing mechanism still offered a potentially configurable rate of fire and immunity to stoppages due to misfires.
However, despite the action movie appeal, Athena's field testing report noted that a weapon configured to be hip-fired was not particularly compatible with proper use of cover.

Similar issues were noted with the prototype EMA-2 railgun (although the weight was not an issue, the size remained a hindrance to the user) and X7 AABS anti-defilade grenade machine gun (not safe to engage targets near friendly troops or civilians).
Does that thing kinda look like a big cat to you?
Top
Post Reply
4 posts • Page 1 of 1