You'd have to dump a barrel of compressed air just to fire the projectile.

This is whatthis basic diagram of the device suggests. I remember a Junkyard Wars episode where they made a bowling ball cannon with a burst disk at the muzzle *cringe*

Here's how I would make it, much more efficient and the hollow tail also provides stability:

But still, it looks like they fill the entire tube with compressed air then waste the barrel section of it.
Copperhead Prime: 14mm 240psi Bullpup Cannon
Copperhead Pocket Launcher: Ultra Compact Rocket Launcher
How To: Make a Stungun with a Disposable Flash Camera
Top

Hotwired wrote:But still, it looks like they fill the entire tube with compressed air then waste the barrel section of it.

The description suggests it was one of first models made and had relatively short range:


This weapon does not appear in textbooks in 1918 and likely had been withdrawn from service before the end of the conflict.

Here's the translation for those French links:

This work is strictly private and restricted to our forums, as I didn't ask permission to copy the various materials. So private usage is fine I guess, but do not put this link on a page were Google or any other search engine could find it. Thanks.

If you find more French material, I'll be glad to add it and translate it as best as I can.
Top

Nicely done, thanks for the effort!

According to this link you posted, it seems one of the 60mm Brandts was recently fired

I found this great page that details early pneumatic weapons including the French air artillery that is the subject of this post.

Particularly illuminating is the animation of the valves of two of the French mortars.

The Brandt 60mm design is a barrel sealing coaxial piston valve that is mechanically locked by an eccentric cam:

The Boileau-Debladis valve is essentially a chamber sealing pop-off valve that actuates a diaphragm once a certain pressure is reached, then rapidly re-closes which probably means it was quite an efficient device.

Description of the firing sequence from the source:


"The valve is a balanced pressure design. The drawing shows it in the open position . Missing from the drawing is the lower part of the corps du canon with the sealing ring seat from the reservoir d'air.

"When the central piston has lifted enough for the top seal (leather presumably) to open to the ports, the pressure above the diaphragm drops rapidly and pressure from the reservoir d'air forces the outer piston up, opening the valve.

"High pressure air trapped between the restricted orifice in the bottom of the outer piston, and the central piston lower seal will keep the central piston up and the top valve open, until it escapes both to the barrel and up via the ports.

"When the central piston is able to move down (forced by the adjustable spring) and close the top ports , pressure will equalise on the diaphragm and the valve will close, ready for the next shot.

"The above probably happens fast enough to preserve a substantial amount of pressure in the reservoir d'air."

Those are frickin awesome. My first drafting job was drawing and designing pressure relief valves for ships. They looked very much like that pop-off valve. Also, I think the French would have enjoyed the simplicity of modern barrel sealing designs that use air pressure to seal the valve. Cool to think our hobbyists have improved on designs like this.
Top

Moonbogg wrote:I think the French would have enjoyed the simplicity of modern barrel sealing designs that use air pressure to seal the valve. Cool to think our hobbyists have improved on designs like this.

I wouldn't necessarily call it an "improvement", rather a different way of doing things. Certainly it's something that is easier for a hobbyist to put together with standard parts, but on the other hand there are some downsides, for example the pilot volume represents a greater consumption of air. Also, the piston can only open as fast as the pilot volume is dumped, while the mechanical lock allows it to move freely as soon as it is unlocked.

It's like you say Jack. It happens that the valves operated by air pressure, spend air for their operation, regardless of the air used to propel the projectile. If the valve is opened by a mechanical, magnetic system, or something else, the air consumption will be only that necessary to drive the projectile, that is, less.
This "premise" works isolated from other contexts such as ease of construction, costs etc.
An example that has always seemed educational to me, is the case of the famous glow engine of aeromodelling 0, 49, which is a small two-stroke engine, without carburetor, (in the full sense), without rings, without bolt on the piston. .. a great simplification, which makes it possible to fly some things with an engine that is almost a "functional diagram"

To my mind, fans have opted for a solution that allows almost anyone to build a piston valve. In reality as a whole, where several factors appear apart from just performance, it is an excellent solution.

This "simplified" engine has a few constitutive parts, compared to a motorcycle engine, which has many more and yields more.
Performance itself is not everything. I prefer to evaluate these things based on a more general context, where aspects such as ease of construction are as important as thermodynamic performance or compressed air consumption. 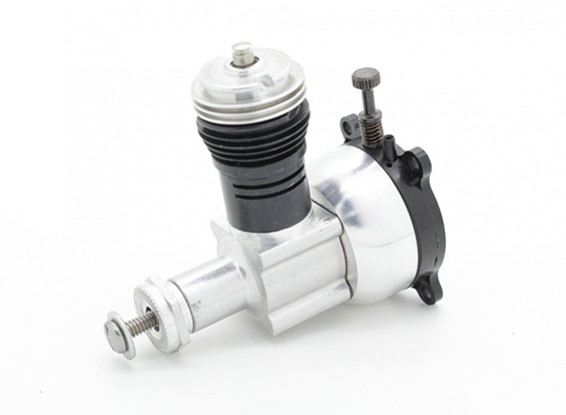 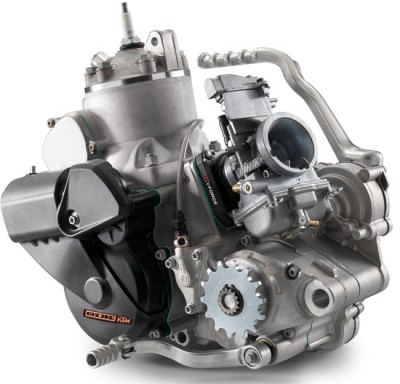 Yes, the simplicity and avoidance of having to machine so many intricate parts came to mind. If they had the resources then it's not an issue I suppose. Less parts to fail with a simple piston might have been attractive as well. I don't know how they got their compressed air though. Probably some sort of manual pump I guess. For trench warfare, I don't think the range needed to be very extreme. Maybe a couple hundred yards? A hand pump might have done the job.
In any case, it's surprising to see something so similar to a spud gun having been used as a real mortar. It looks almost exactly like a typical barrel sealing coaxial cannon, just with a bunch of complicated parts to machine. Maybe they used a punch press or something to make it easier.
Top

Probably with a large air pump, operated by more than one person, I don't know, but it sounds possible 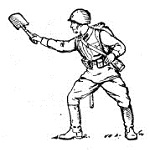 Nice find, I had looked at this thread a few months back and wondered how these actually worked.

Topically, I decided a while ago now that the game of pétanque could be vastly improved with the addition of a mortar and a bigger field of play.
Hopefully in the next few months...
Top

ToasT wrote:Topically, I decided a while ago now that the game of pétanque could be vastly improved with the addition of a mortar and a bigger field of play.