Hello everyone! I just got done working on my coaxial air rifle! I bought a guerrilla air 13/3000 hpa tank with regulator and a Palmers low pressure female stabilizer. Every time i screw in the tank to the stabilizer i can't get any air into the gun. I've tested the gun by filling it up with a compressor and everything works like it should be except for the tank. The threads on the tank are fine and i can screw it in all the way into the stabilizer, I also don't hear any leaks and every time i screw the tank off i hear some air escaping for like a second but that's normal when it comes to paintball guns. When the tank was connected the needle on the gauge wasn't going down. I also played around with the stabilizer and there was no difference. Is there something I'm missing with this tank? 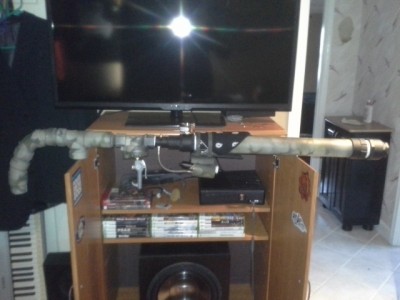 Stabilizer has a screw on the end to adjust output pressure...is this having any effect?
"It could be that the purpose of your life is to serve as a warning to others" – unknown

I've tried adjusting the screw but nothing happens.
Top 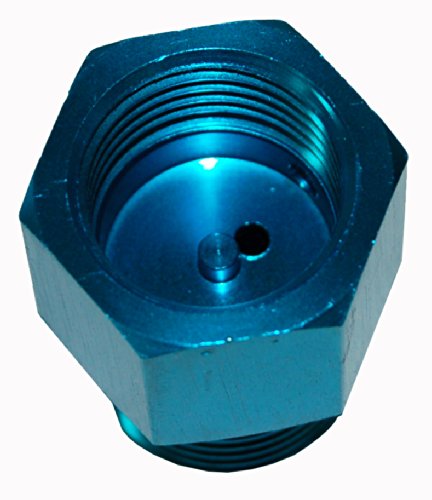 Yeah, it looks exactly like that! I have no idea whats wrong with it. I been playing with it some more and still nothing.
Top

When the tank is charged and connected, what happens when you pull the trigger?
Top

Nothing. The gauge on my gun reads 0.
Top

Sure. It will be a while tho.
Top

Let me know if you need to see more. 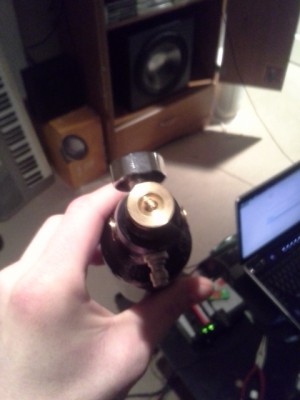 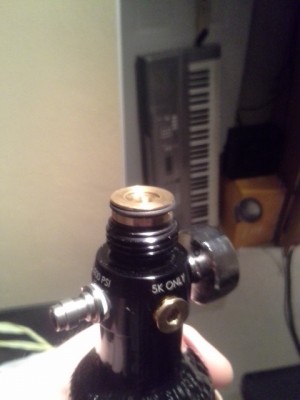 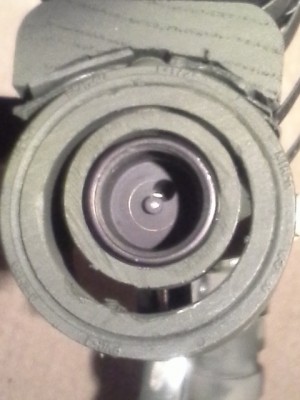 Take a pic of whats going on here: And just try to make sure your insides look like this: The piece marked part 1, that piece should be blocked off from the whole system. Air should never be able to enter that part. If it's not blocked off, block it off. If air isn't entering your gun at all then it has to be something with your stabilizer, or something within that area I put a red circle around, or both =\.
Top

part 1 really doesn't have anything to do with the guns performance, its just there to make the gun look more like a rifle. If you took it off the gun it will fire the same. Where that red circle is there is also a valve stem sticking out of the gun and that's how i was able to fill it up with a compressor. When i did that there was no problems and no leaks, the psi inside the gun was 90psi. There was air coming out of the palmers low pressure stabilizer through that screw you have to adjust tho.

The pictures you posted are correct tho. When i made this gun i was following this guys design http://www.instructables.com/id/How-to- ... ir-Cannon/
Top

So after playing with it some more i finally got it to work! I just kept adjusting the screw into the stabilizer, i guess it was just too far out lol. Anyway the bottle ran out of air much faster then I thought it would, so what i need now is an HPA remote on/off coil to conserve air.

Thank you guys for trying to help!
Top

Submersible systems who make the Spare Air for Scuba diving use paintball compatible threads. They have 2.25" diameter tanks for $95 that are up to 27ci which will doible your air supply and still be a compact tank. Using a remote you could go up to a 112ci carbon fiber if you want.

Another way to conserve air is to slowly add something(washers perhaps) around the barrel to take up volume until you find the sweet spot for the launcher.
Last edited by jrrdw on Tue Feb 10, 2015 11:44 am, edited 1 time in total.
Reason: Double post.
Top
Post Reply
14 posts • Page 1 of 1