My name is Thomas and i was reading already a while in the forum an the database and found some great ideas!!!

But for my own Project i have a Interesting question:

I want to build a fully pneumatic air cannon and one of my biggest problems is the revolver mechanism...

At the attached pics you cam see the actual construction...

I hope someone has a good idea!

Much greetings from germany
Thomas 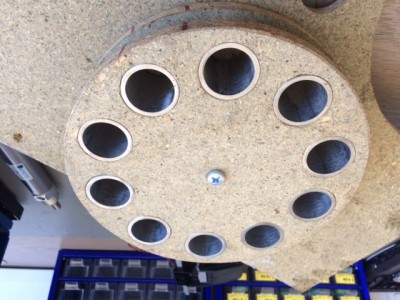 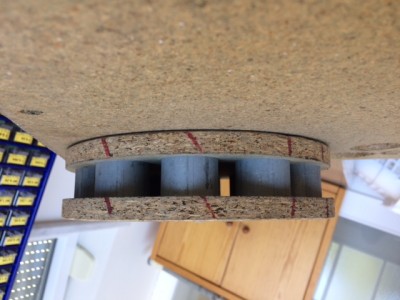 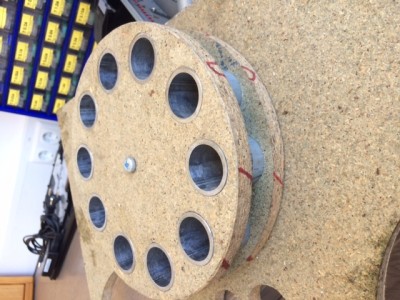 Solar here build a launcher called Eclipse, search it with the forum search and you will find lot of information about similar system.
http://eclipsedefense.com/products.html
Top

With regards to locking the drum in place for firing, the Crosman 38 might be of some inspiration: Part BB022 is pushed by spring CS686 and acts as a detent, partially entering the cylinder opening and temporarily locking it in place.

here's a conceptual integration with an air ram: Hey guys,
Thank you for the answers!

The eclipse project lead me to the mauser zig zag mechanism, which is a good possible solution i think...

The Second idea also Sounds good... hm we will see

Has someone furthermore ideas?

Have a nice day
Thomas
Top

You could also have the magazine preloaded by a spring and indexed by an escapement:

This is how many rotary magazines on air rifles work, like this Daystate:

Are you dead set on pnuematics? You could set an Arduino to rotate a stepper or servo X number of degrees Y number of milliseconds after firing. Would only be a few more steps to make it continuous fire after that...
Top

Yes, i only want pneumatic because i want a System that is fit for Action anytime also in a emergency situation...
With Electronic everything would be easier as you described, with a Stepper Motor and so on...
But you Need a power supply and so on, so i think there Are more possible errors in such a System...

The mauser style cam is a very good and reliable way of doing it. You need to make sure than the spring loaded pin does not have a lot of play and that the carrier for it is also with minimal play. The reason for us going from a 2" cam to a 6" cam around the entire cylinder was based on the problem of having the play accentuated the further out from center the cam was being locked in place. If you have access to a 4th axis mill you can get away with hogging out the cam in a single pass with some simple G code but a more precise(and proper) way is with a smaller end mill making more detailed cuts. That being said, my first CNC cam was done on a MAXNC with a 1/4" cut by a 1/4" end mill which is out of the manufacturers spec for the machine but it was able to handle cutting 50 before the machine needed a refurb.

Using a motor with an encoder is another way but requires an absolute encoder on the final output shaft if you are using a gear motor.

I do plan on revisiting the mauser style system as it works very well in pure pneumatic systems and by linking the extension down the straight groove in the cam to the firing piston (using a small diameter piston) It does not require blowback forces to index the cylinder. Using too large of a indexing piston will effect the speed of the firing mechanism so we used very small bore cylinders. It was not that way with the first gen that instead of a single 6" piston we used two 1.5" throw pistons that were 3/4" bore size. Using a single piston pushing a carrier down the center of two rod guides worked the best and we overcame the limitations of the small bore sized cylinders weak spring by adding two springs to the inside of each rod.
Top
Post Reply
8 posts • Page 1 of 1