Hello, I'm very interested in this, could you please provide the detailed drawings?
Top

Just a little preview of a cartridge I made to fit a 26.5mm flare gun, here is a rather loud first test with air only at 2500 psi:

Here is the mechanism approximately to scale, it's still on the ball-locked mechanical principle but reconfigured to make it feasible at higher pressures and it's held up pretty well so far:

A bit of fun using empty 12 gram CO2 cartridges as projectiles, not exactly hurtling at just over 200 feet per second but they pack quite a punch

An empty CO2 capsule averages at around 30 grams, so muzzle energy for those first tests at 2500 psi was in the 45 ft lbs range.

In the interest of ramping things up further, I "made" a better projectile by cutting down a 12g capsule to an inch in length, now weighing in at 10 grams: 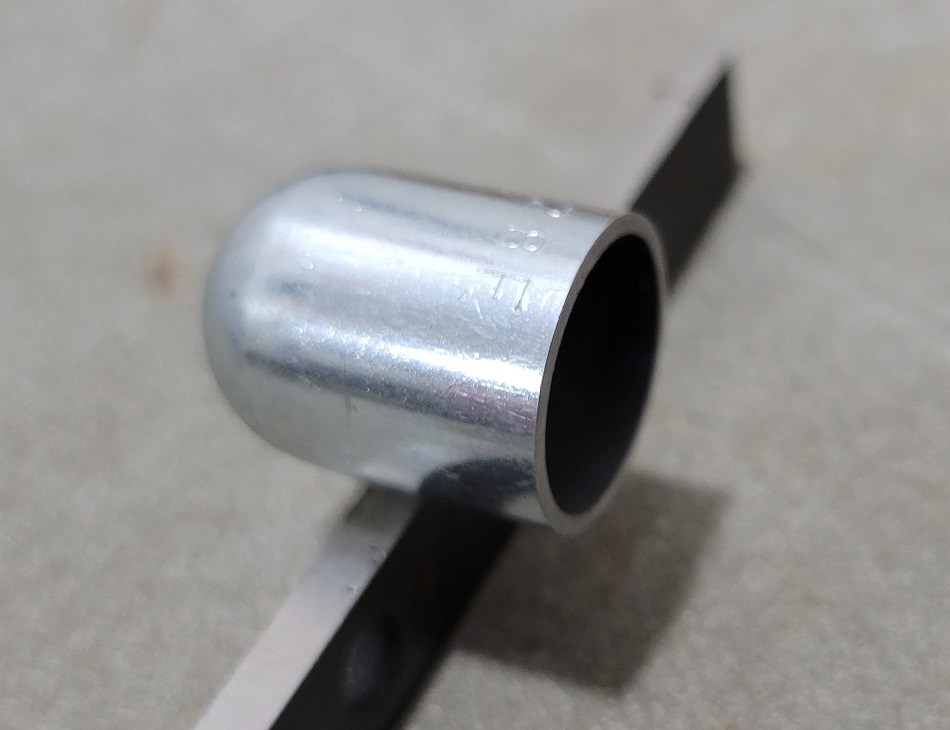 That works out at 67 ft lbs, not too shabby for an "air pistol"

I would surmise that one of the factors is the fact that the "cup" shape of the cut down capsule makes better use of the airflow.

Using the cut capsule did you fill it with something or leave it hollow? Hollow suggests dead space maybe?

Very cool air cartridge you built. Too much machining for me... remember the good old days of epoxy-cast-everything?
Top

Anatine Duo wrote: ↑
Mon Jan 16, 2023 10:26 am
Using the cut capsule did you fill it with something or leave it hollow? Hollow suggests dead space maybe?

This is a factor, to maximize performance some sort of sabot to seal it off should help and it would be an interesting thing to compare.


Too much machining for me... remember the good old days of epoxy-cast-everything?

Ah yes, having to wait days for it to cure before testing it, only to find out that something had leaked and it's all a solid mess inside and you need to bin it and start over

Epoxy still rules for many applications but at 3000 psi in a compact package I wouldn't want to take my chances.

This thread is a little crowded so I made a separate one for this particular iteration of the preloaded pneumatic cartridge.