DBC (Just Throw It In the Bag)

I've had this made for quite some time, it was just igniter and fan-less. Figured I'd fix it up real quick this weekend and get it shooting for tomorrow.

It's just your standard combustion that's been made collapsible. A lot of credit goes to Gort's travel combustion, I basically just added another thread-on barrel segment.

I also added a camping fan and lantern igniter. Fueling is done by cracking the cap and hosing in propane/air with a torch. 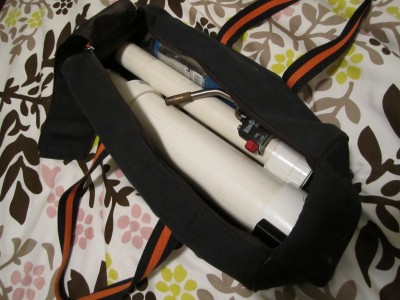 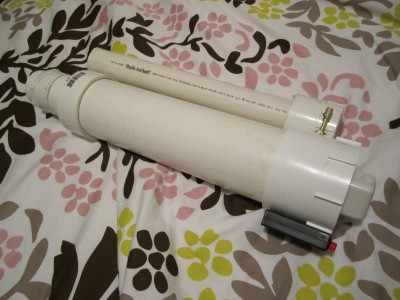 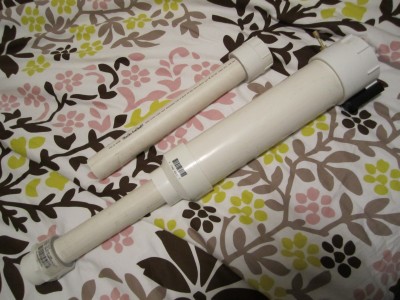 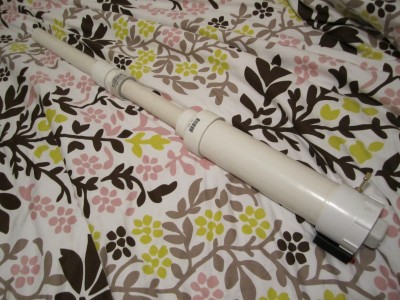 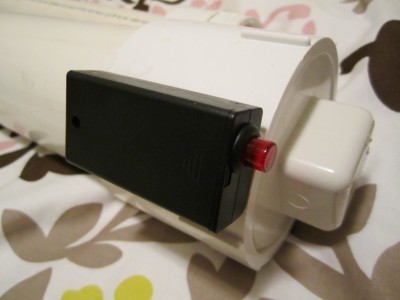 Right before I took these pictures one of the fan blades fell off. I designed it to where the fan would fold up and stick into the back of the barrel, but one of the blades likes to come off if it's done roughly. I also rigged the wire at the back up because the back cover is a little too tight and is scratching the insulation off the back of one of the batteries, and then pressing the negative side and the uncovered positive "terminal". The blade(s) aren't moving in this picture because they're jammed into the back of the barrel. 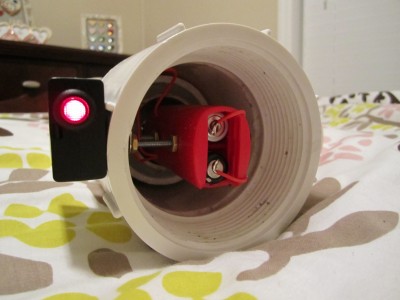 That's it! Still working on my other project at the moment, just took a little time out to finish this one.
Top

Just a good old fashioned combustion with a couple of twists, nicely done might I add. BTW a guitar bag makes a good non suspecting carrying case. A tear just ran down my face, reminds me of a build you would find on SpudTech. :p

Only in retrospect am I realizing that Gort was quite the clever guy. Like putting 3" fittings inside of 4" pipe.

CS wrote:Just a good old fashioned combustion with a couple of twists, nicely done might I add.

Thanks! That's all I was attempting here.

CS wrote:Only in retrospect am I realizing that Gort was quite the clever guy. Like putting 3" fittings inside of 4" pipe.

Gort was pretty clever when it came to putting things together in uncommon ways. He built a company that stayed in business for a good while with only a wood lathe.

I love the "compact concept". I hope you have a conceal and carry permit to go along with that

I think this has some Real potential given the right mix of tender lovin's and sweat. Maybe a clean paint job and a meter?

good job!
Forum Rules - follow them or else!
“Happiness is the meaning and the purpose of life, the whole aim and end of human existence”
Top

Another one out of the woodwork

jackssmirkingrevenge wrote:Another one out of the woodwork

STHORNE posting about one of my builds?