[Pictures] Why a PVC hybrid is a bad idea

Harness the power of precision mixtures of pressurized flammable vapor. Safety first! These are advanced potato guns - not for the beginner.
Post Reply
27 posts

I thought for SURE that a PVC hybrid would be just fine if fired at a mere 2x.....Well I guess PVC is not indended to ever send projectiles to the 800 meter mark... I now call bs on the pvc supersonic hybrid myth.

Anyway I posted earlier I couldnt get it to light... for those who wondered it was the spark gap I narrowed it from 10 mm to 3mm fueled it up with a two X charge set my phone on high definition record... And blew myself up... this was about 15 minutes ago Im hurting really bad and deaf in my right ear.

I woulda had video but the blast knocked the camera over and the battery popped out.

Please let this be a warning most of you already know... PVC hybrids are death machines. 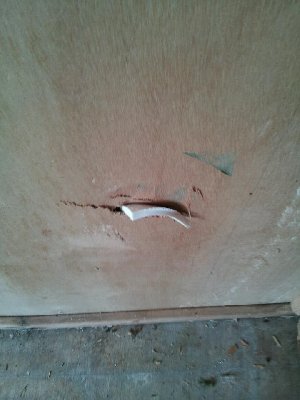 Shrapnel from the blast embeded in the wall 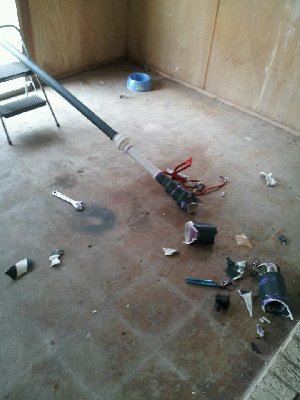 Well... I always wondered these pvc hybrids... I knew I made the right choice to use strong metal fittings.
I´m glad you´re not dead, if not there would be one spuder less in this world

Hope somebody will learn something from this.

And some of us don't like the idea of PVC pneumatics either.

On the plus side... I'm gathering that the lesson was learned?
Simulation geek (GGDT / HGDT) and designer of Vera.
Top

I don't like PVC with anything. I always used metal, still so I use remote ignition on my hybrid.

Bloody Nora, you are one lucky mo-fo.

Pitty about the video footage that would have been awesome to watch!
Top

For real next time Ill ensure I reinforce with duct tape! Hahaha just kidding Next time I will build one out of hudraulic pipe, BUT... not as large diameter either... 4" Diameter is also a bad idea... I want something that could produce equivilient power to this 6,700 liter at 3x could have though... maybe a smaller 2" chamber at 10 x will equate? I would have to do the math... Is black Iron pipe safe to 10x at 2" diameter?? is a PVC barrel safe?

According to engineering charts 4" pvc has a burst pressure of 1100 psi and max working pressure of 250 so this should "technically" not have happenned.
Top

Download HGDT read the usage page then plug in the numbers and you can pick the power of your next gun, before you build!

no a pvc barrel is not safe at 10x the combustion make about 1000PSI of hot gas. What kind of pvc? your death trap up their don't look like pressure rated pvc looks like dwv
'' To alcohol... The cause of, and solution to, all of life's problems.”
--Homer Simpson

Pipe was schedule 80 (the thick stuff) PVC I don't know what dwv is but this was pressure rated stuff. from some engineering charts I read 4" schedule 80 is good for 1100 psi burst pressure and 200 psi working pressure. I presumed this was safe..
Top

steven_main wrote:I have HGDT It said I would have a peak pressure of 185 psi...

Pipe was schedule 80 (the thick stuff) PVC I don't know what dwv is but this was pressure rated stuff. from some engineering charts I read 4" schedule 80 is good for 1100 psi burst pressure and 200 psi working pressure. I presumed this was safe..

And if you built another one out of new pipe, it most likely would survive, at least for a while. The problem is that even if you use PVC rated to a pressure in excess of your peak firing pressure, there's always a chance of an undetected manufacturing fault in the pipe, or some damage or degradation which has occurred since manufacture. When you're working with material which has a failure pressure on the same order of magnitude as your firing pressure, you're always risking failure.

It's not really a problem if you're building something to be remotely fired. If it fails, so what? But if you're gonna be standing near it, go with something far, far stronger than required. Over-engineering can be a good idea when the consequences for failure are so severe.

If you use an appropriate metal pipe, your working and failure pressures will be far beyond your expected firing pressure (provided you're not using ridiculous mixes). That means that if your pipe is damaged/has a fault, it's unlikely that the safe pressure will be reduced enough to come close to the pressure it will experience.
I wonder how much deeper the ocean would be without sponges.
Right now I'm having amnesia and deja vu at the same time. I think I've forgotten this before.

If hydraulic pipe fails with a gas does it explode like PVC or just merely split/crack and vent? I want something powerful but safe to shoulder fire at lower mixes. its just not any fun to prop it up somewhere and fire it... Then again its not fun to lose 50% of your hearing on one side and have bruises all over your body either.
Top

I also see where insufficient cement was used because the primer is exposed.

Thats why i dont build cannons out of PVC, i alwyas use steel-tanks to my guns, they are preassure-rated to 1200 bars(17 400 PSI)

But I am suprised that you survievd the explosion...

I seem to recall advising against this in your first thread, glad you were unhurt.

PVC high mix hybrids can be safe, as long as it's thick enough - here's one at 6x:

Interested in repeating this in controlled conditions, for Science?

Also, it makes me proud to note that no one on the forum so far has attributed your survival to some sort of abstract higher power. 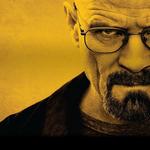 Holy Shit .... I never thought the blast would be that severe ... Shit, yeah metal all the way ... JSR hope you get back out spuddin soon, preferably with a metal one this time

heh got it on video ??
Children are the future

unless we stop them now
Top
Post Reply
27 posts