Building or modifying BB, Airsoft, and Pellet type of guns. Show off your custom designs, find tips and other discussion. Target practice only!
Post Reply
38 posts

Reminds me of a Grenade Launcher sight mount: 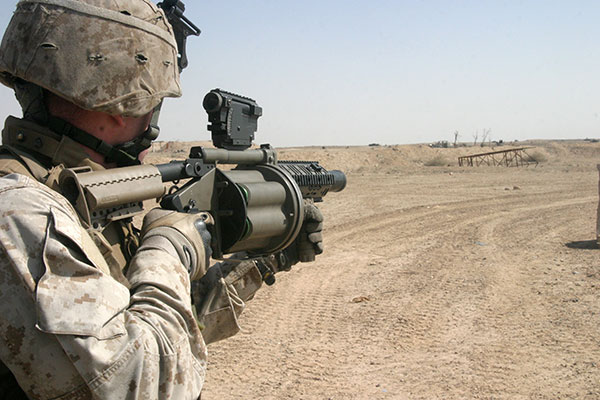 A bit of Sunday tinkering and it's in pieces. 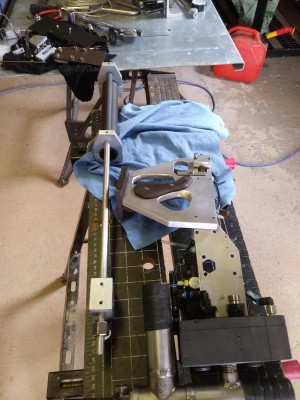 Polished out the barrel and made hop up, to stop BB's rolling out as much as anything. Drilled down center of bolt and stuck in a piece of 'O' ring material with silicone. 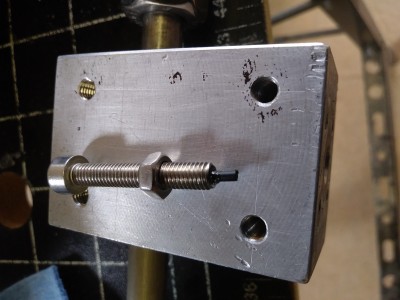 hop up just visible down barrel. 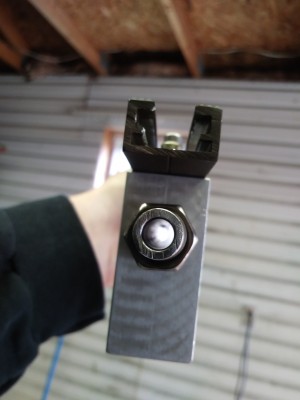 Mainly trying to get better accuracy.

And the results after reassembly. Still some horizontal spread, but much better 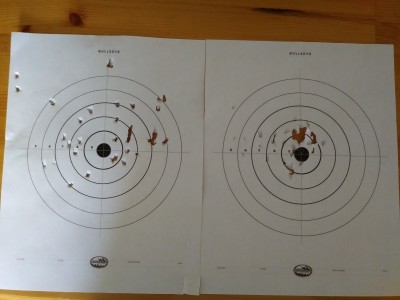 Hop up increases range, not accuracy. If anything it decreases accuracy.
For your build a Systema PTW style hop up should be easy enough to integrate.

wyz2285 wrote:Hop up increases range, not accuracy. If anything it decreases accuracy.

It also robs the projectile of velocity. One airsoft project I hope to build one day is a sniper rifle with no hop-up that uses a rangefinder in conjunction with a variable angle scope mount in order to get the BB on target. I had computed the trajectory of a 0.45g BB with a muzzle velocity of 345 feet per second ( 2.49 joules energy ): A drop of 36 feet at 100 yards is certainly something, here is what it would look like to scale in a scope what you would need to aim above a human figure to hit them in the chest at that range, more of a howitzer trajectory than a rifle: With a scope zeroed at 15 yards, at 80 yards the drop would be around 16 feet, the barrel angle to the horizontal drops to a more practical 3.8 degrees. A 0.45g BB with 2.49 joules at the muzzle would retain around 0.3 joules at that range, that's about the same as a cheap spring pistol at point blank range so not a lot but you'd probably feel it.

However a well sealed hop up can benefit light bbs because it allows some pressure build up, in case of a relatively slow valve opening.
I have thought several times about pure ballistic sniping, however if you want to go soft on people the muzzle velocity is really low, the first time I fired an AEG at 350 fps without hop up was mind blowing, the bb dives after a couple meters. Then I realized I'm used to fire bbs in homemade launchers at plus 600 fps lol

The hop up was mainly as a BB stop as I polished out the barrel until a 6mm ball bearing would roll down it, it had a couple of tight spots at the valve end. Also the loading piston clamped the BB in the barrel slightly so I lowered it, so now the BB's are free to roll forwards or backwards (made a back stop as well)
Top

wyz2285 wrote:Then I realized I'm used to fire bbs in homemade launchers at plus 600 fps lol

It does change your perspective

It's true that hop-up is what makes airsoft practical for most people, but it would be good to see a bit more science applied. Unfortunately, most people aren't interested in the physics involved.