Building or modifying BB, Airsoft, and Pellet type of guns. Show off your custom designs, find tips and other discussion. Target practice only!
Post Reply
18 posts

mrfoo wrote: ↑
Sun Nov 13, 2022 1:49 am
I would have left the resistor on a start capacitor, as it will live with charge on it - it's a shock hazard. there's also the risk of more arcing on the centrifugal switch as it switches, which could mean more wear and tear.

I thought it might reduce performance but less wear and tear is good so I put it back and it seems to work just as well. Incidentally there was no charge in the capacitor when I removed it so I suppose it's bleeding the voltage some other way.


My lathe is currently out of action as I stupidly believed the manual for a chinese inverter...

Alas... was it upside down?

bought the inverter to run the mill, which is 380v three phase, it turned up and the documentation said it could run 4 separate motors (one at a time, obvs). The mill has a 2 speed dahlander motor, so effectively 2 motors, and the lathe also has a 2 speed dahlander motor, so 2 more motors, 220v three phase for the lathe, that makes 4. So a bit of electrotech later, which involved gutting the rotary phase converter and all of the lathe's control circuitry and we get something that looks like this: 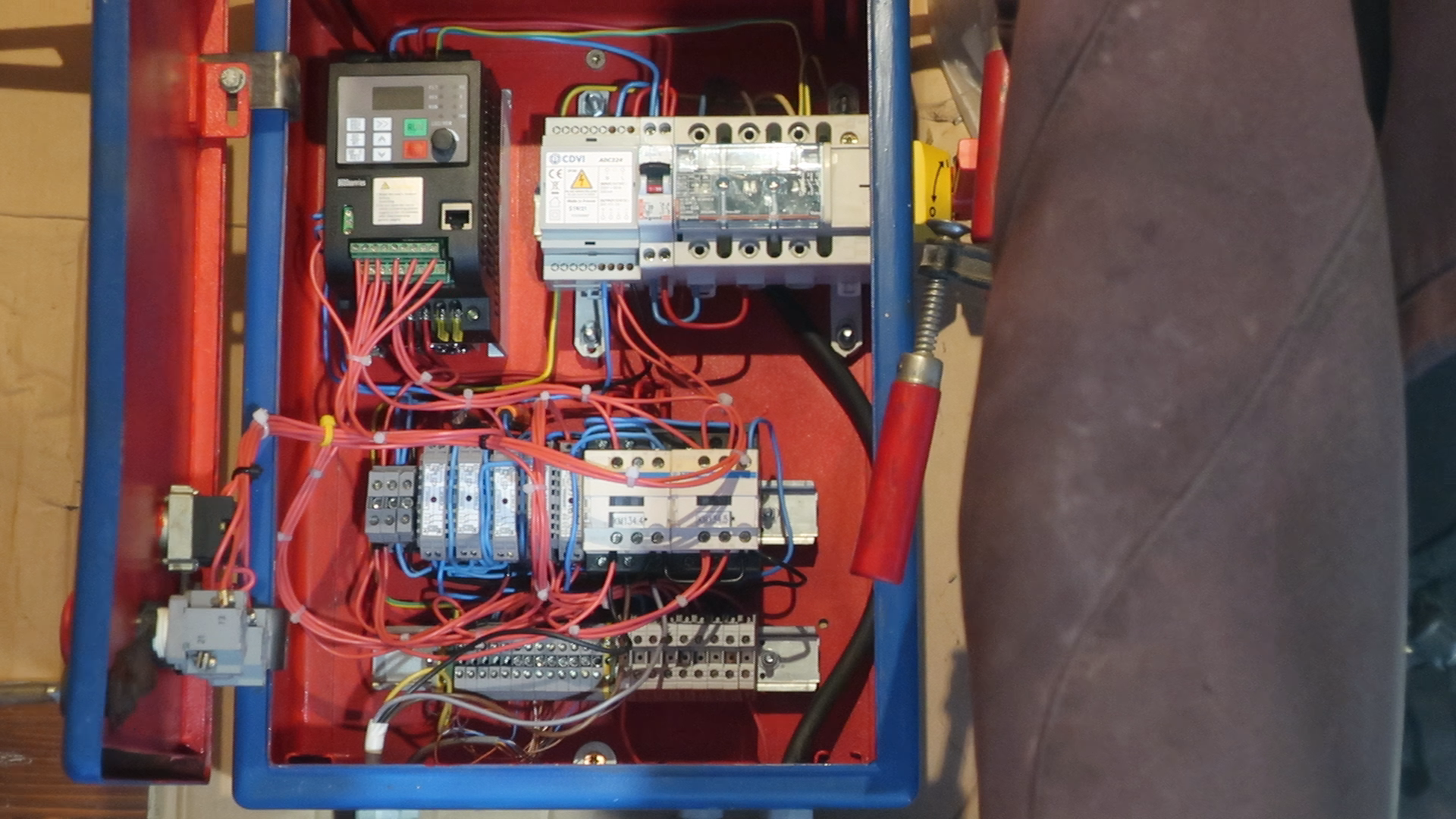 All fine and dandy except that the inverter can, in fact, only be configured for 2 motors, and that as the lathe is 220v, under load it pulls more current than the inverter can supply even though the motor is less powerful than the 2.2kW it's supposed to be able to drive. Bah!
Top

jackssmirkingrevenge wrote: ↑
Mon Jul 11, 2022 12:27 pm
I definitely have a weakness for old and unusual airguns

I like the idea because it comes out of the conceptual "box" and is repeated all the time. There is always a different way to do the same with its pros and cons for sure.

I was unaware of this design when I posted almost the same idea 15 years ago!

It's amazing how many ideas and designs we think are original that have already been thought up and, in this case, actually made and commercialised.

Hi M8,
Thanks for sharing .
Yeah I asked some time back NBB
I Done up this giff .
Another example how it's done .
(I'm a visual learner )