by jackssmirkingrevenge
Rheinmetall's Fly-K mortar operates on the same spigot mortar principle as much earlier weapons like the PIAThowever it marries the idea with the captive piston principle to provide a relatively quiet shot: 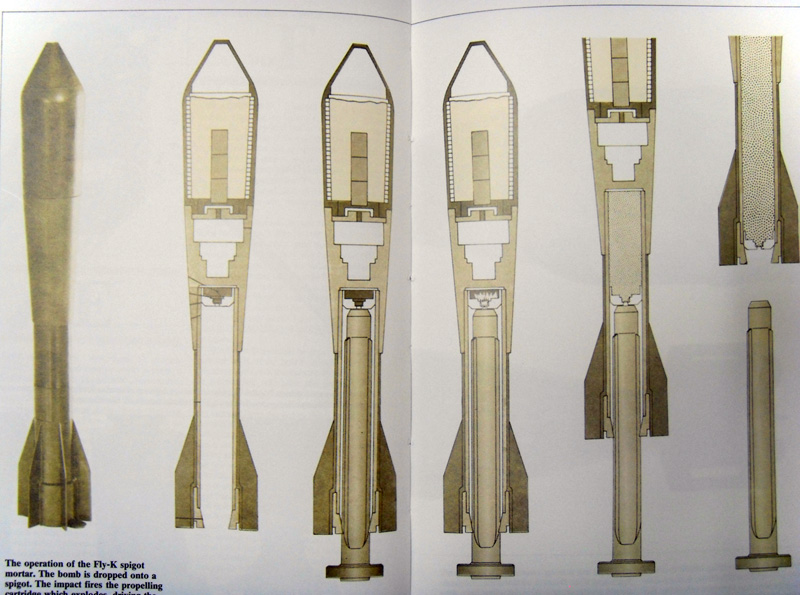 With some imagination I think the idea has potential for spudgun applications, something like this:
by Hotwired
Also means more weight to carry if the projectile is taking the gas trap with it.

Depends how quiet you want to be.

Certainly a dam sight quieter than my last musings on hybrid launching which was literally launching an open chamber: http://www.spudfiles.com/forums/hybrid- ... t6559.html
by jackssmirkingrevenge

Hotwired wrote:Also means more weight to carry if the projectile is taking the gas trap with it.

Depends how quiet you want to be.

It could be a good project for those with wide open areas to launch over, I certainly don't have the space

I would envisage a parachute and camera...


Hotwired wrote:Certainly a damn sight quieter than my last musings on hybrid launching which was literally launching an open chamber

Had you actually built that?
by Hotwired
Nope.

But going on differences between a closed chamber and having a hollow chamber directing blast back at you. I'd still stand by it being a lot quieter

Hotwired wrote:But going on differences between a closed chamber and having a hollow chamber directing blast back at you. I'd still stand by it being a lot quieter

The Armbrust also uses the captive piston concept, however this time with two pistons travelling in opposite directions, one firing the projectile while the other fires a plastic countermass of the same weight.

by jackssmirkingrevenge
Another interesting "real world" example of the principle, the "Bigot" designed to be fired from a 0.45" pistol:

by jackssmirkingrevenge
Came across this prototype, looks like the principle is still being examined for hand-held weaponry: 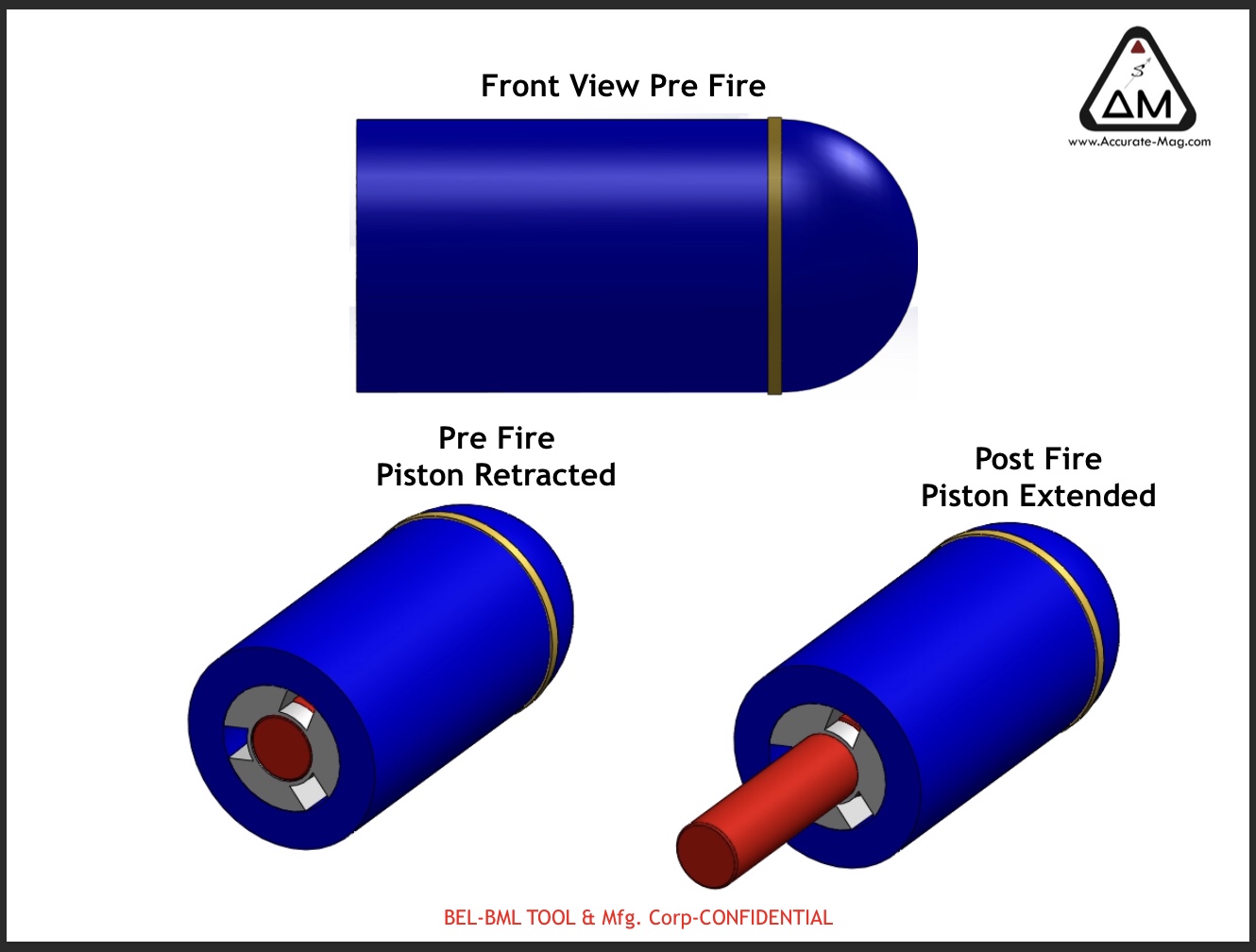 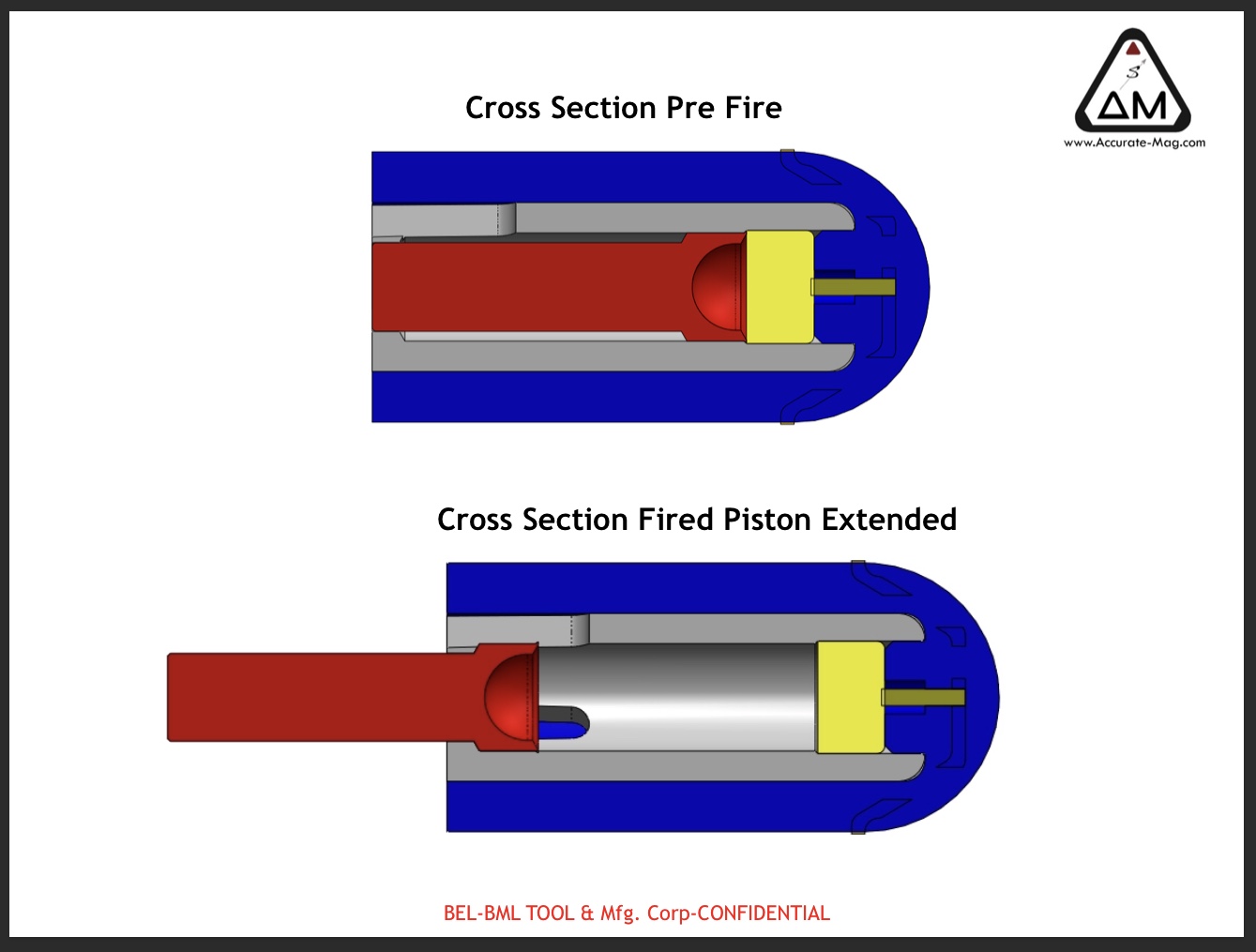 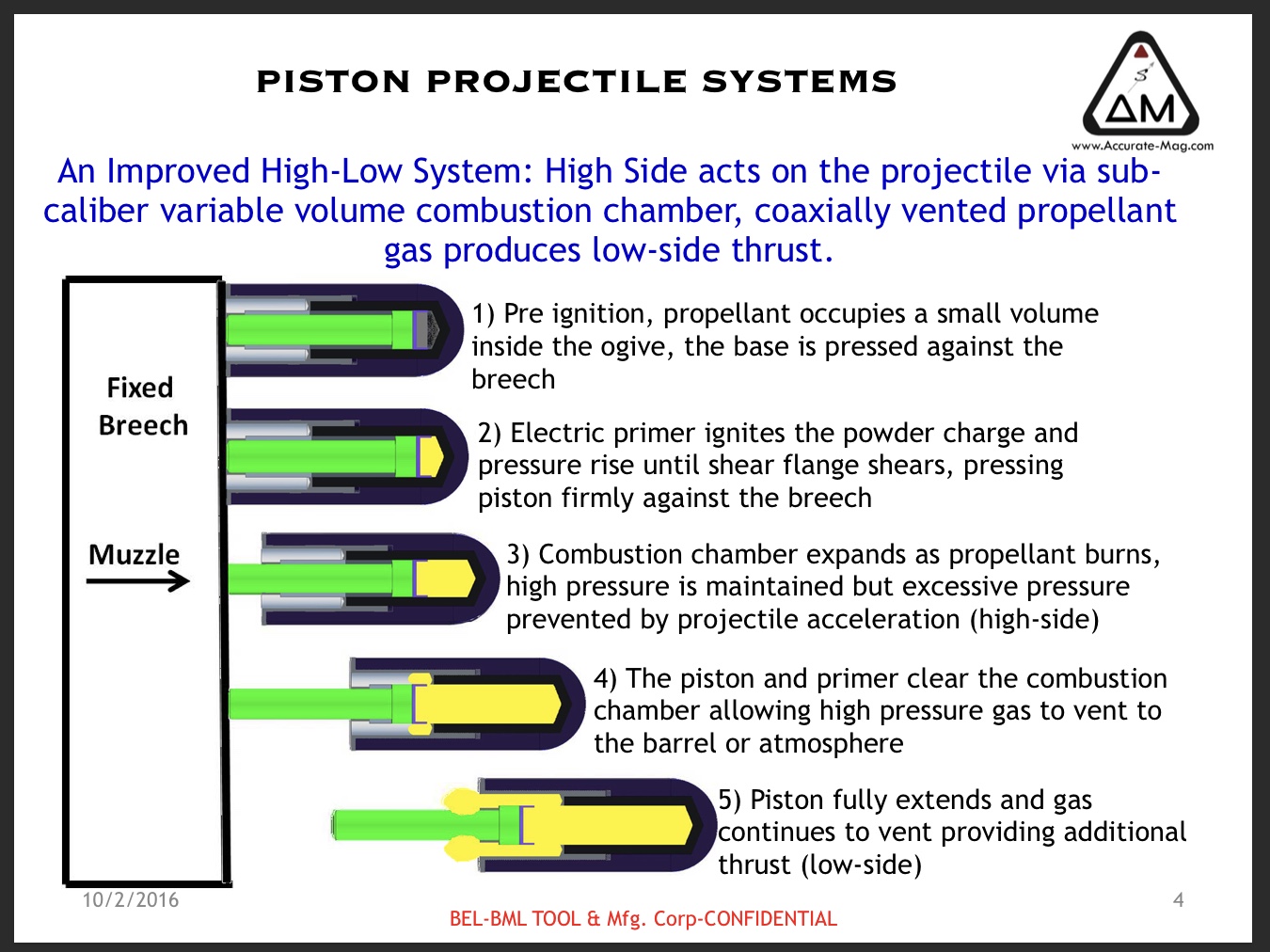 by hectmarr
I like the system, I did not know it.
I have a kind of "grenade launcher" that works with a rupture disc, but it is not exactly like the drawing. The projectile is simply housed in the firing barrel. It is an ancient weapon that I built, that I adapted for this purpose. The "cartridge" that houses the o'ring and the rupture disk has no ammunition, and I only use the gases generated at 8X, to propel the self-built projectile, which is hollow. I increased the amount of air, because you need more air to decently throw the projectile. It is a plastic container, about 15 ml, with three fins and a hard aluminum tip. It weighs about 10 grams. I have tried to increase the weight by adding a little lead to the nose, but it seems to be a lot for the little base, and sometimes it inflates it. Besides, the roar is deafening and the ammo is damaged when it hits any target. I have left it at 10 grams and I shoot it against a thick fabric where it does not get damaged. One of the most fun weapons to shoot. I'll add some photos this afternoon.

by hectmarr
This is. I know it is not the same because the weapon has a firing barrel, but it has something to do with it, I think.
All times are UTC-05:00
Page 1 of 1