just so you know

Voice your input! Discuss anything to do with SpudFiles.com or community it's self. Constructive discussions only. This is a place to express thoughts about making the community better.
Locked
30 posts

if by that you mean building better guns.. Then sure.

Speaking of which, hybrid testing will occur this week
Top

<---6th grade yahoo email account. Have I made even a nickle off of prostitutes? No. Ladies man? Not really either. Answer: I'm very lazy.

I'm sure I've been discredited on many occasions, oddly I would tend to do the same. I deserve a kick in the pants, new user name in order.

Initials seems like a good idea without pondering the implications of user name. Was thinking 'deep six' but I think I'll save that for a six chambered revolving launcher.
Top

I rather agree with Biopyro's sentiments on not changing your avatar all the time - an avatar is often the easiest way to recognise someone.

Admittedly, my avatar isn't human, but I've changed it all of twice in the time I've been on forums with this name, and have no plans to change it one soon - there's no problems with it and it's recognisable.

As far as names - pick something that isn't just a jumble of letters, and I personally also avoid picking a name that is expressly linked to the forum.

So (no offence to those that have done it), I'd not pick a username for this site that included words like "Potato" or "Spud" - the thing is, lots of people do that kind of thing, and then it's all too easy for those people to get muddled up in people's minds.

I also have to counter BTB somewhat, because I prefer not to use my real name online.
Does that thing kinda look like a big cat to you?
Top

Mine - kjjohn - is my real name abbreviated. The first two letters are my first and middle initials, and the "john" is the first 4 letters of my last name (Johnson).
Top

Wow, and here I picked my name because I feel that ambiguity is much more interesting than something that gives an image. My initials are ABR if anyone feels like guessing.
Top

pimpmann22 wrote:Have I made even a nickle off of prostitutes? No.

How genuinely disappointing! I always assumed this was you 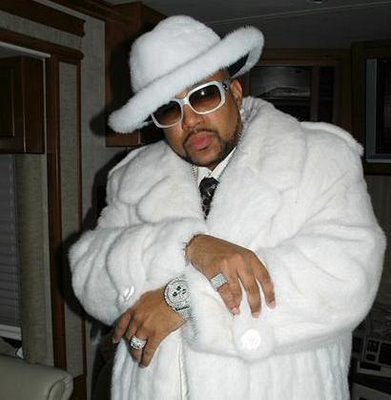 I also have to counter BTB somewhat, because I prefer not to use my real name online.

It's ok Harry, we won't tell anyone.

Brian the brain wrote:Names like Jack Hogg or Jackssmirkingrevenge sortof put a "face" to a name...well...a name to a name really.
Makes it more personal.

I understand if you don;t want to use your real name.
But people remember " dirty Harry" better than rft3h62 for instance.

I would not want to be exposed either after the Nazi uniform incident..if I were you " Rag"

Gun Freak wrote:
Oh my friggin god stop being so awesome, that thing is pure kick ass. Most innovative and creative pneumatic that the files have ever come by!

pimpmann22 wrote:Have I made even a nickle off of prostitutes? No.

How genuinely disappointing! I always assumed this was you

He only said he didn't make money from prostitutes, nothing about not being an African American with a fetish for furry white clothing.

Mine is the first three letters of my first name and the first 2 letters of my last name. Although, when I was going to college we played a LOT of computer games through the 'rigged' server in the electronics lab... My character name was always Kenbo as my friend, a retired Air Force photographer now a judge, was Denbo... His idea, not mine. He watched too many Rambo movies...
Top

I agree that this name will suit you better. Younger people tend to make up "blow stuff up" names, and when you are older you want to get rid of it.

I will probably change my name once in the next few years.
But I WILL always keep my avatar. Not because I like it so much, but because an avatar is your virtual face.

I picked my name simply because it makes me laugh.
DYI Wrote: "The "Justice System" and its affiliates are not interested in justice. They are interested in ORDER. The job of the prosecution is to put you in prison, and to remove your rights. The question of your guilt is not a factor in the process, it is an annoying technicality along the way."
Top

This topic is over a year old.

No need to kick it...
Gun Freak wrote:
Oh my friggin god stop being so awesome, that thing is pure kick ass. Most innovative and creative pneumatic that the files have ever come by!