I'm against a HE topic (hidden or not)

with HE's it is very easy to build an insanely powerfull launcher, and takes away the fun of buidling something impressive with baseic materials
AKA hardware store stuff.


A robotics/electronisc forum would be fun. Some nice things can be done with that.


I like the forum as it is now quite good

Just throwing the idea out there, maybe a thread for electronic related gun stuff and add a robotic electronic stuff to theopia. I agree with labtecpower about everything else.
Top

For what worth my newbie opinion, I'm quite happy the way the forums exists and are moderated right now. And I fully agree with the ban of explosive devices. Sometimes it may be a bit too much, but a rule can't please everyone. It surely simplify the moderation job (being a moderator myself in other places, I know the drill...

And reading again the rules, I just figured I said “sm@ke b@mb” recently without thinking... my bad, I'll be more careful.

About new possible forums, I would be interested personally in an electronic section and a machinist section (both strictly related to designing cannon parts), and why not to please a crowd of younger hobbyists: nerf launchers and waterguns (ouch ouch... don't throw potatoes at me!!)

Perhaps an almost rule free noob area, then serious discussion can occur without the forum being clogged with spam. Have it completely voluntary, but enforce the rules far more harshly in the non noob area.

I think moderation here should be much harsher, Have a three strike system like the American judical system. Three indigressions against any rules, no matter how small and you're banned.

Unless there's a reasonable excuse, of course.

Unfortunatley this forum is far too big for this system, but post moderation for the first 50 posts of a member would be good, we wouldn't have to put up with so many f***ing "lol"s or pointless posts of that ilk.

Maybe I'm just an elitist and a complete bastard, but such a system would clean up so much spam.

And mods should be able to enforce a three day posting ban in case of spammers, it would mean less work in the long run.
/sarcasm, /hyperbole
Top

I think thats far to strict. If the rule breaking is bad yeah but you shouldnt be banned if you kick up three random olds when your new or an old member.
Top

Honestly, I haven't noticed too much lol's on this board, but I won't pretend I read every topic. When we do get the occasional spammer, they are usually banned and their mess cleaned up within a day. Some trolling/advertising (NOT mentioning names) has gone on, but it was technically within the rules.

The hardest part of moderating a forum is dealing with loopholes in the rules.

Thought I'd put a word in here.

I think more forum sections with greater variety would help attract new members and keep old ones here. If it wasn't for the 'spudgun range...' topic, I'd still be mostly inactive like I was the last two or three months. Once you've built a few cannons you can lose interest quite quickly until you have the urge for another challenge.

When it comes to other types of launchers, whether slingshots or ETGs, I think we've already shown that we have enough members to make a section like this worthwhile. I'd be in favour of something like previously mentioned:
General Mechanical/Physics Forum
General Electronics/Tech Forum
General Finished Projects Showcase

This is the misconception that needs to change. Refer to DYI's post on ignorance and laziness.

I have to agree with SB15 on this one. I think we both demonstrated how easy it can be to build piston hybrids like the ones we have. Sure there's a bit of tinkering and messing around trying to get things to work but that's the fun part. Not to mention how cheap they can be constructed for, mine only cost about $200USD all up and that was with our crazy prices here in NZ. I'm sure there are some cases where it is practical to build one, such as living in the CBD without a car/ability to travel out of town to fire the cannon.

As for a Chemistry forum, I wouldn't personally object to it but I would prefer if it were hidden and limited, perhaps even limited to theoretical discussion (no posting of videos/pictures). Though I completely understand 100% if PCGUY doesn't want anything like this and I think everyone else should respect his decision on the matter.

ramses wrote: Some trolling/advertising (NOT mentioning names) has gone on, but it was technically within the rules.

MrCrowley wrote:I think more forum sections with greater variety would help attract new members and keep old ones here. If it wasn't for the 'spudgun range...' topic, I'd still be mostly inactive like I was the last two or three months. Once you've built a few cannons you can lose interest quite quickly until you have the urge for another challenge.

That was the idea of the thread, I think most people here are a little too short sighted (myself included) and there needs to be a stimulus to develop new techniques and improve on existing ones, as well as exploring the limits of performance, efficiency and cost-effectiveness.

I also agree that hybrids are within anyone's reach - my mini hybrids were built using literally less than $20 worth of material, and no tools more sophisticated than a power drill and a hacksaw.

Id be very interested to see an expansion of the topics covered here. Opening up chemical based launchers and propellants would be great. Spud files has a very creative member base, who think in ways you don't find elsewhere. As mentioned there are plenty of gun smith forums, but they are just as limited in there thinking, they just think about guns. I personally find the spud files community a lot more creative and open minded.

There would need to be some distinction between the sections, my biggest fear would be some kid reading up on here and getting an idea in his head about using PVC with solid propellants... or worse.
Lets face it, we shouldn't have topics where a launcher cobbled together with pen tubes and soft drink bottles is next to a topic with EFP's or multi kilowatt ETGs. But then, should we have Scuba tanks and coke bottles in the same section either?

I don't see that chemical propellants has turn into a discussion on HE's. There are plenty of low order propellants out there as well. As has been pointed out, SF's has produced launchers to rival and even exceed propellant based launchers, so we are already dealing with things that are potentially fatal if mishandled. From a legal perspective, in the US black powder arms are legal to produce, in many countries fireworks and even small amounts of HE are legal to produce as well.
In my country any of these, including ALL SPUD GUNS are illegal, but that hasn't stopped me being interested in discussion of the topics. By limiting what we can talk about, we are destined to become repetitious. We can't even talk about building light gas guns, which to me is just a REALLY advanced spuddy, because the powder charge used to fire it is against the rules.
Mind you opening up chemicals to discussion wont solve the repetition, anyone who read RS will know what I mean - how many threads on the same organic peroxide did we read over the years... But I think not limiting what we can discuss will help.

Spud guns have the same potential to harm as anything else - poor construction, cheap materials, and the fact that people think these launcher are really just toys makes them quite dangerous.
Possibly opening up discussion for things of a more technical, and obviously dangerous nature would make people think differently and actually increase the safety levels.
Maybe catering to both, by having a "training wheels" section where people can post ghetto combustion's, and pneumatics with coke bottle chambers and questions that demonstrate a lack of understanding of the dangers involved without penalty. Posting things of that nature in the "advanced hobbyist" section would get your posting privileges revoked.
Either way - its a hard call, and I'm glad I'm not PC Guy and don't have to make it
Top

By my saying high end hybrids I was referring to hybrids like lardas. I agree that hybrids like jsrs and in some cases mrcrowleys are able to be built by most.
Top

I like this idea only if women over 21 join!

It would certainly help if I could put up a thread about my newly developed interest in choppers/bobbers/pitbikes/minibikes and generally everything low budget with an engine on it.

I would not have to split up my time between different forums.
I'm a man.I can't do two things at the same time. ( wife says so!)

Athough I can eat some chips, work the remote, wiggle my feet and ignore my wife at the same time...funny how that works...

BP would be great but I'd stay clear of HE.
Too much trouble.

And I would not like to see any women over 21 here.
Send them to my house.

If the rule breaking is bad yeah but you shouldnt be banned if you kick up three random olds when your new or an old member.

Generally you can expect a PM from one of us when you get out of line.

The idea is that a member corrects his mistakes and betters himself.
Banning isn't the goal.
We'd rather keep you aboard.
Gun Freak wrote:
Oh my friggin god stop being so awesome, that thing is pure kick ass. Most innovative and creative pneumatic that the files have ever come by! 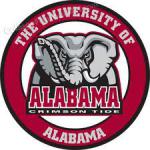 I like the idea of having an expanded general discussion section to accommodate all reasonable hobbies, like mechanical stuff, electrical stuff, etc, along with an area for everyone to show off their non-spudgun related projects.I think it'd sure be a needed stimulus package for the site.


Brian the brain wrote:It would certainly help if I could put up a thread about my newly developed interest in choppers/bobbers/pitbikes/minibikes and generally everything low budget with an engine on it.

Just got finished turbocharging a trike I made out of a craftsman lawnmower. Good times, even though I sold it.
Top
Post Reply
60 posts