Building or modifying BB, Airsoft, and Pellet type of guns. Show off your custom designs, find tips and other discussion. Target practice only!
Post Reply
20 posts

to dominate my mother-in-law

I think the word you meant to use was "tame", unless you have some very odd fetishes

I have obtained a second example of these curious devices, of more recent manufacture with a number of refinements compared to the older original. Here they are side by side, with the newer version below the original one: 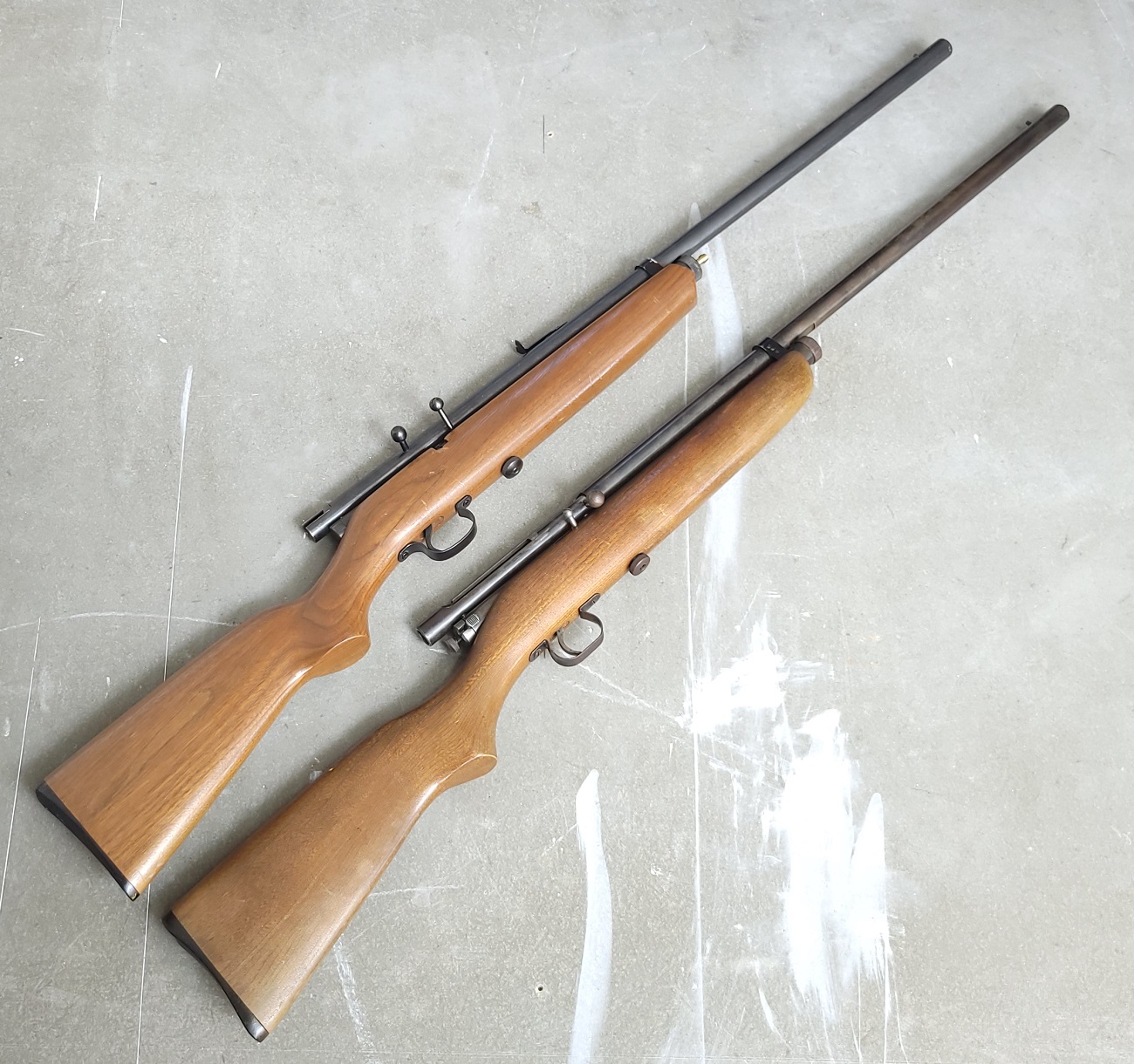 The most obvious refinement is a cutout in the breech that allows the projectile to be loaded without having to completely remove the bolt like in the original: 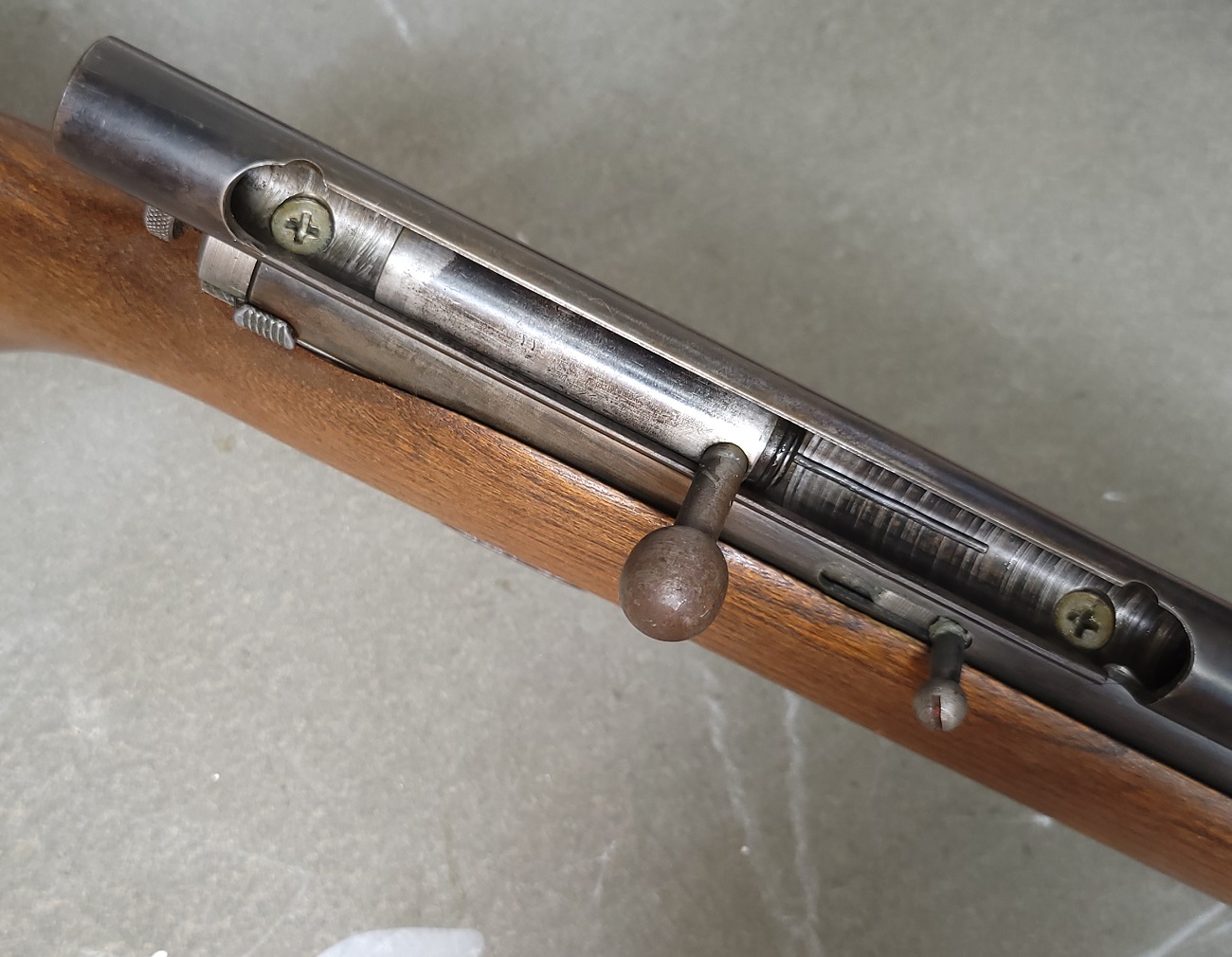 Here are the bolts compared: 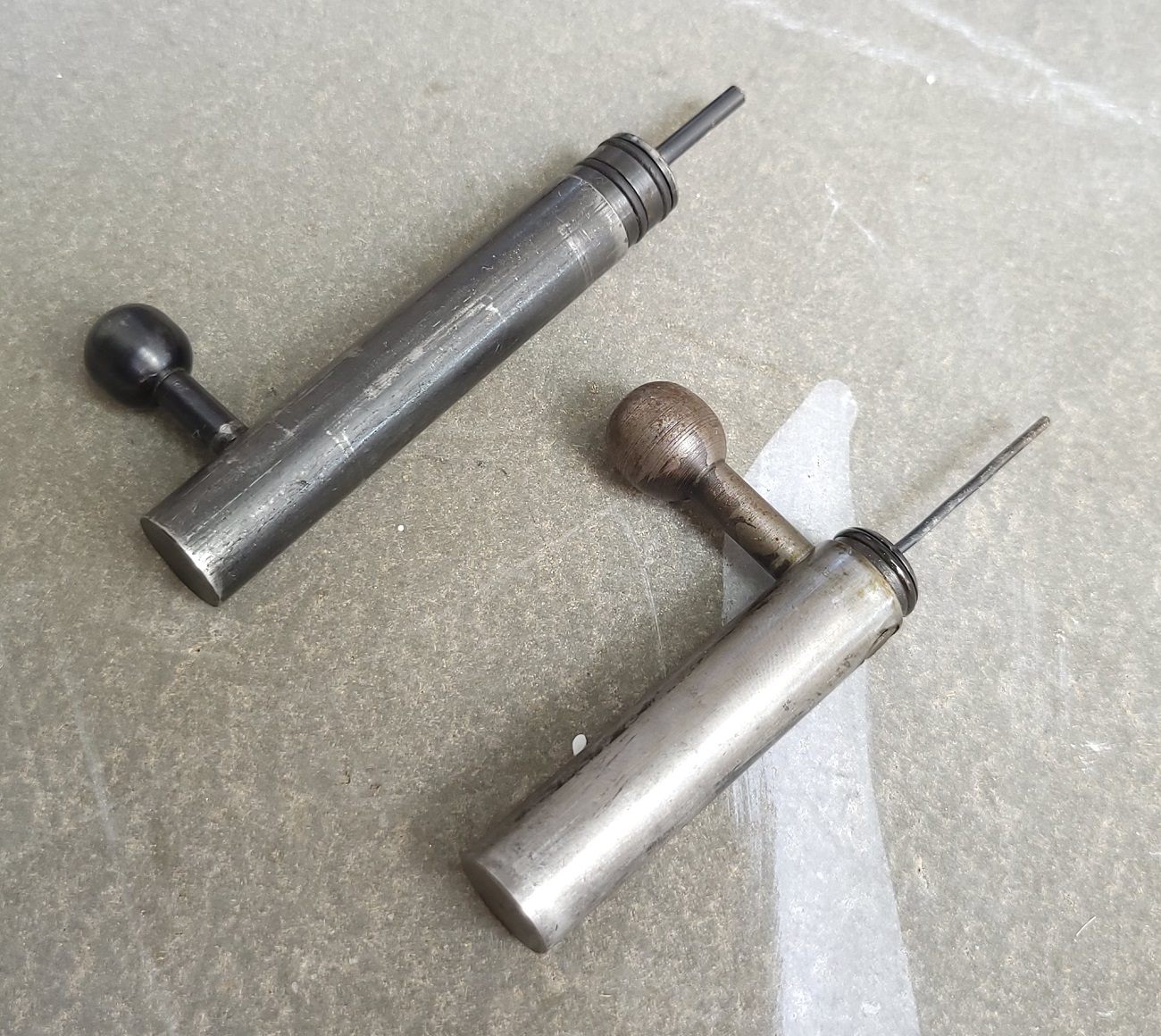 Another refinement is at the end of the gas tube, instead of having two fixed power settings like on the original there is a power adjustment screw on the endcap. There is also a thumb safety (seen here in the "fire" position) that can be moved back when the hammer is cocked to prevent it from firing when the trigger is pulled: 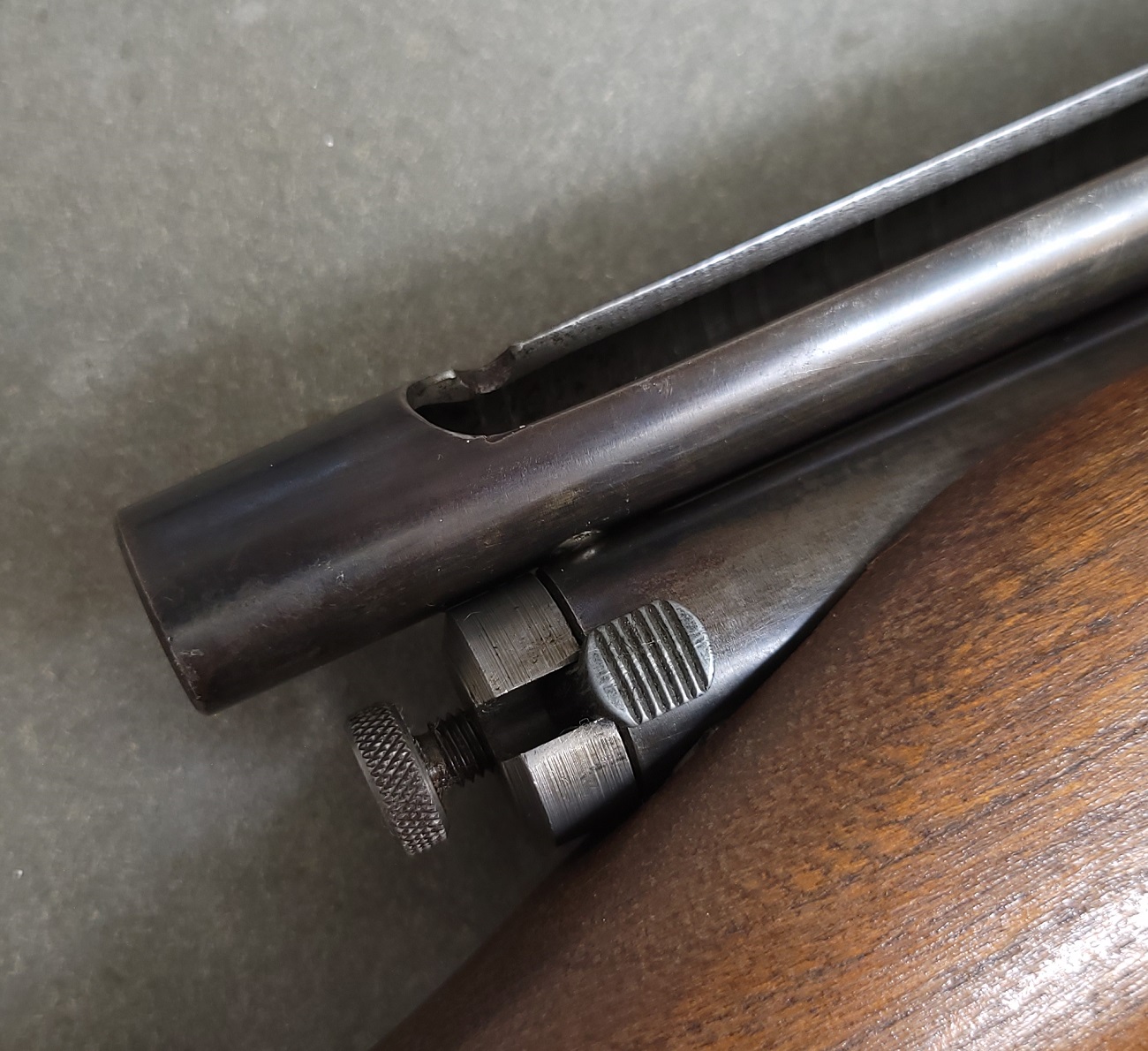 The markings on the barrel suggest that unlike the earlier model that was a third party adaptation of a Crosman rifle, this version was actually manufactured by Crosman: 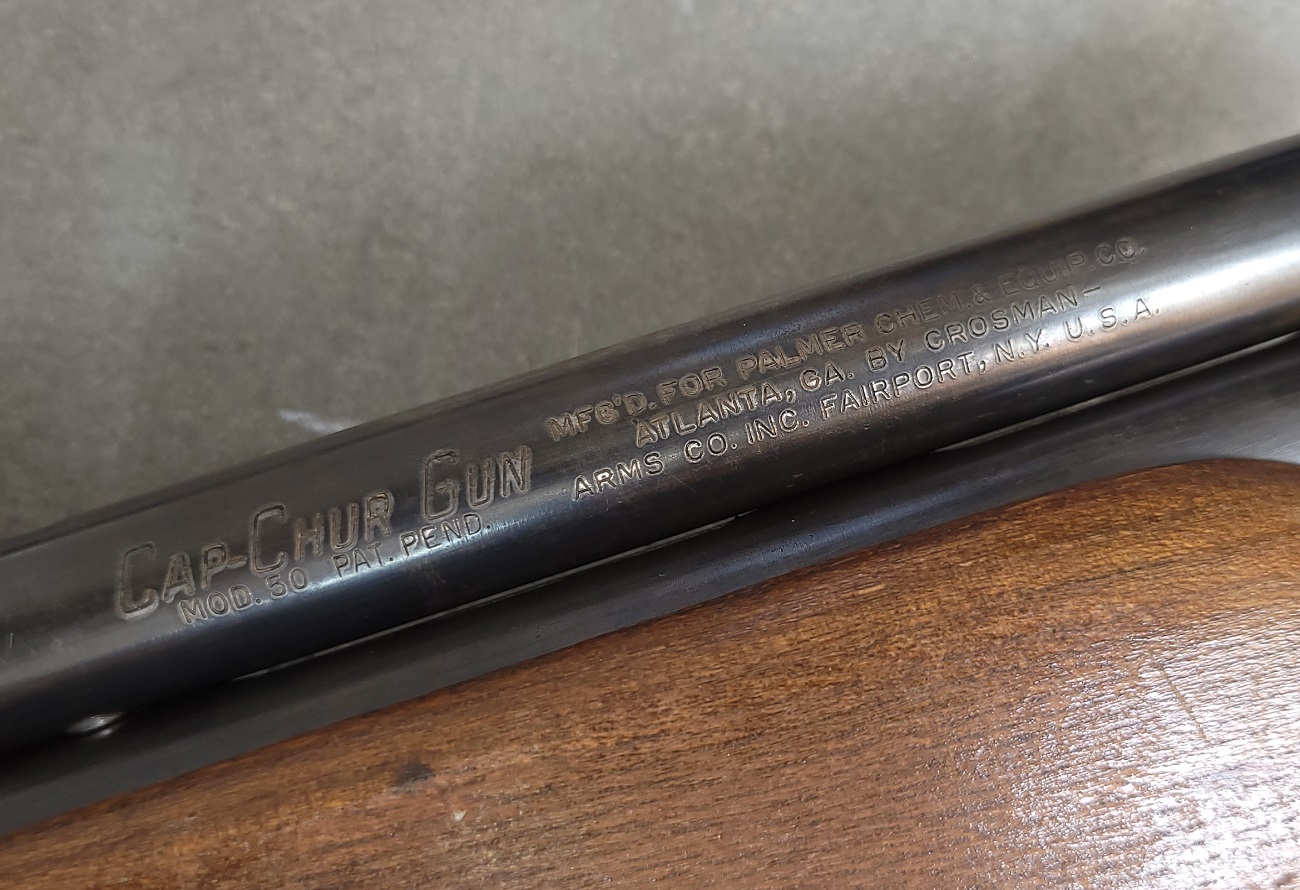 Nice acquisition. Are you going to restore it?
Top

I think I will do what I wanted to do with the first one (but hesitated because it's a bit of an antique) and give it a bit of an upgrade.

Interesting that the current version being sold has gone back to the removable bolt and two fixed power settings, albeit with a rear cocking bolt and a trigger guard and safety taken from the Maximus PCP.