Building or modifying BB, Airsoft, and Pellet type of guns. Show off your custom designs, find tips and other discussion. Target practice only!
Post Reply
19 posts

Herewith my addition to the unusual vintage airgun stable, the Benjamin 30/30. This particular example was purchased as "unrepairable" but is in quite fine condition and appears to be complete: Internal diagram showing the unconventional mechanism. The barrel assembly is pushed forward against a spring and held by the trigger. A BB from the ammunition tube can fall into the breech and is held in place by a magnet. When the trigger is pulled, the barrel assembly moves towards the rear, picks up a BB and then knocks the valve open, firing the BB. Barrel and breech assembled, note the cocking bolt accompanied by a smaller bolt on a slip ring that serves as the safety: The plan for this one is to turn it up to eleven, basically make an HPA chamber with a greater volume and that can take higher pressure, and a balanced valve in order to be able to use the original hammer mechanism at greater pressure. Here is a tentative diagram of what it might look like, although I'm not entirely happy with it:

A contemporary ad for the model indicates a velocity of approximately 650 fps, I'm sure we can do better: 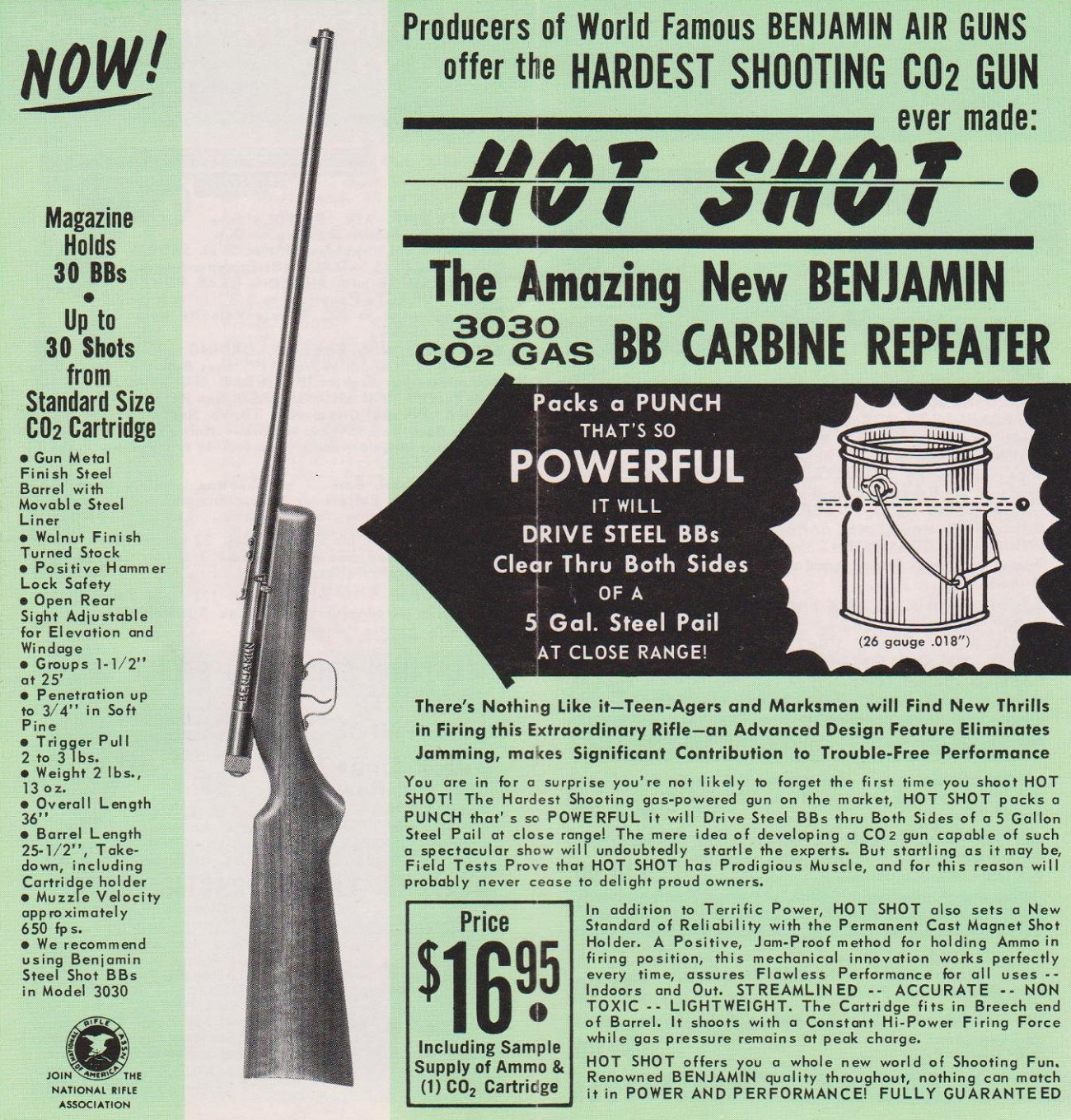 The system of this rifle is very creative. I like the idea because it comes out of the conceptual "box" and is repeated all the time. There is always a different way to do the same with its pros and cons for sure. Nice acquisition!

Adapting it to pcp would improve it substantially, and it will increase the power. The balanced valve thing is a good idea to keep the force of the "hammer - cannon"'?

I definitely have a weakness for old and unusual airguns

I like the idea because it comes out of the conceptual "box" and is repeated all the time. There is always a different way to do the same with its pros and cons for sure.

I was unaware of this design when I posted almost the same idea 15 years ago!

It's amazing how many ideas and designs we think are original that have already been thought up and, in this case, actually made and commercialized.

By greatly reducing the force keeping the valve closed, you can use much higher pressures without the need to "hammer" more violently. Normally this is most useful for a bigger bore airgun, but in this case as the mechanism is a little fragile at the point of impact I don't wish to install a stronger spring.

I have always considered that around here we are designers of homemade weapons and not inventors. Any old idea can be adapted, perfected and everything is functional to our design. Probably the old idea used by those who marketed this weapon is even older... and anonymous author. Builders have our technological "folklore" too!

Man seeing your MS paint dagrams almost brought me tears, it's good to see the forum is still alive and you're still here Jack!

and glad to see you're still around too!

I pop up once a while for inspiration.
My most recent experiment was adding hop up to a BBMG and it does work. The hop up was also added to the tip of the barrel instead of the breech.

This is a candidate for blowblack or bumpfire / F A.. Hmmm interesting
Top

Finally found some time to think about this and I'm happier with this design:

Started to work on it this morning and the lathe motor decided to misbehave...

Looks like a capacitor/centrifugal switch issue, to be investigated later.

I hope it is something simple the problem of your machine. Surely it is so.
Top

I hope it is something simple the problem of your machine. Surely it is so.
Top

It's a doubIe capacitor motor, I took it apart to look at the centrifugal switch and nothing seems to be broken or dirty: 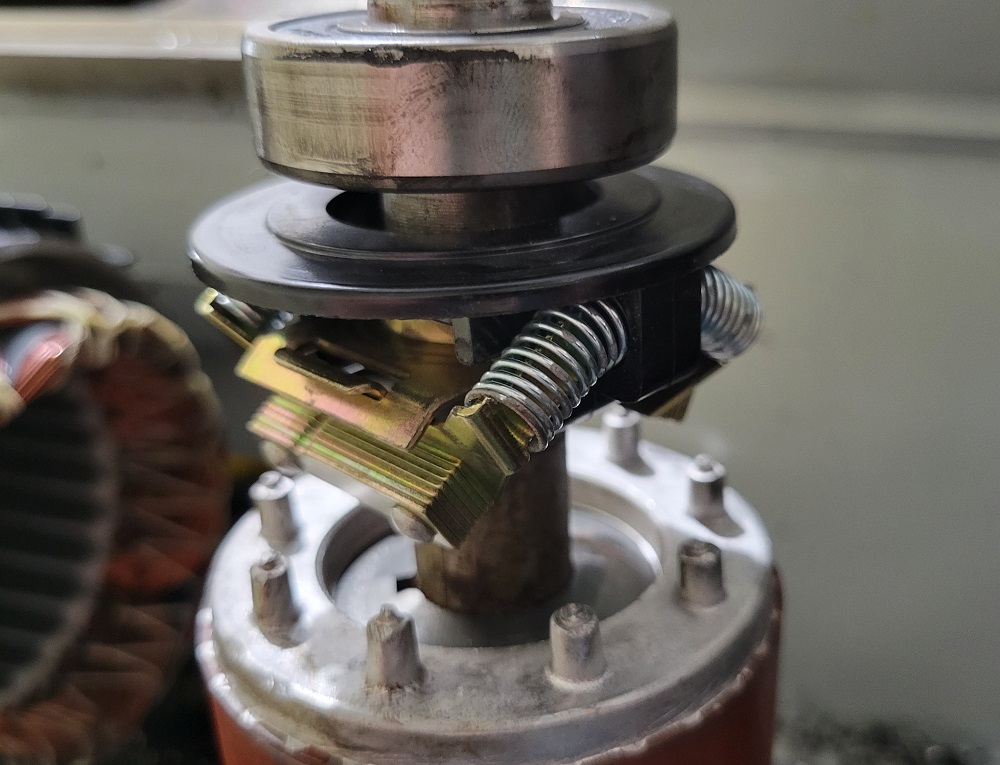 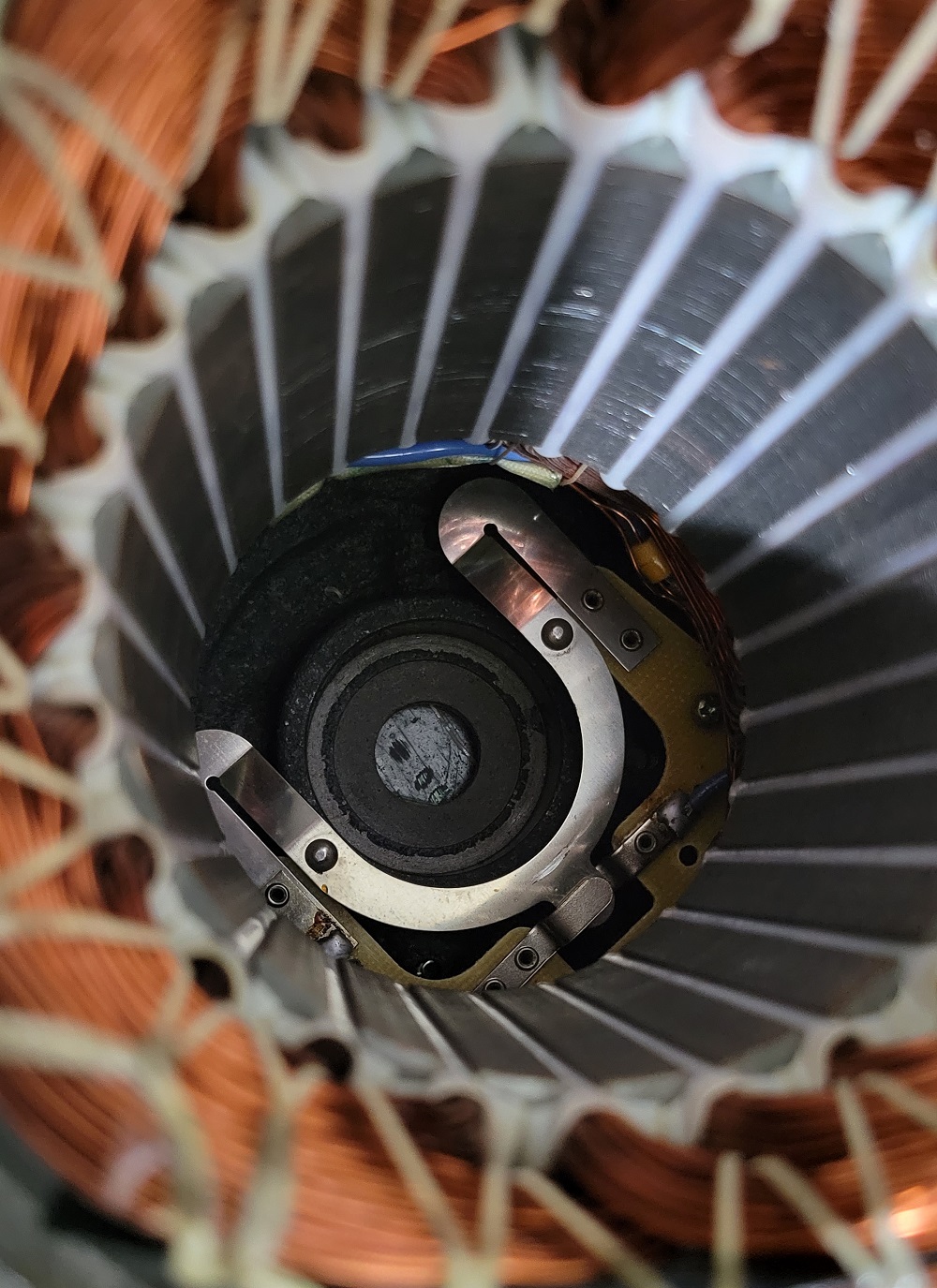 Of the two capacitors however, according to my multimeter the one on the left is faulty, as it's the one with larger capacitance I assume it's the start capacitor. 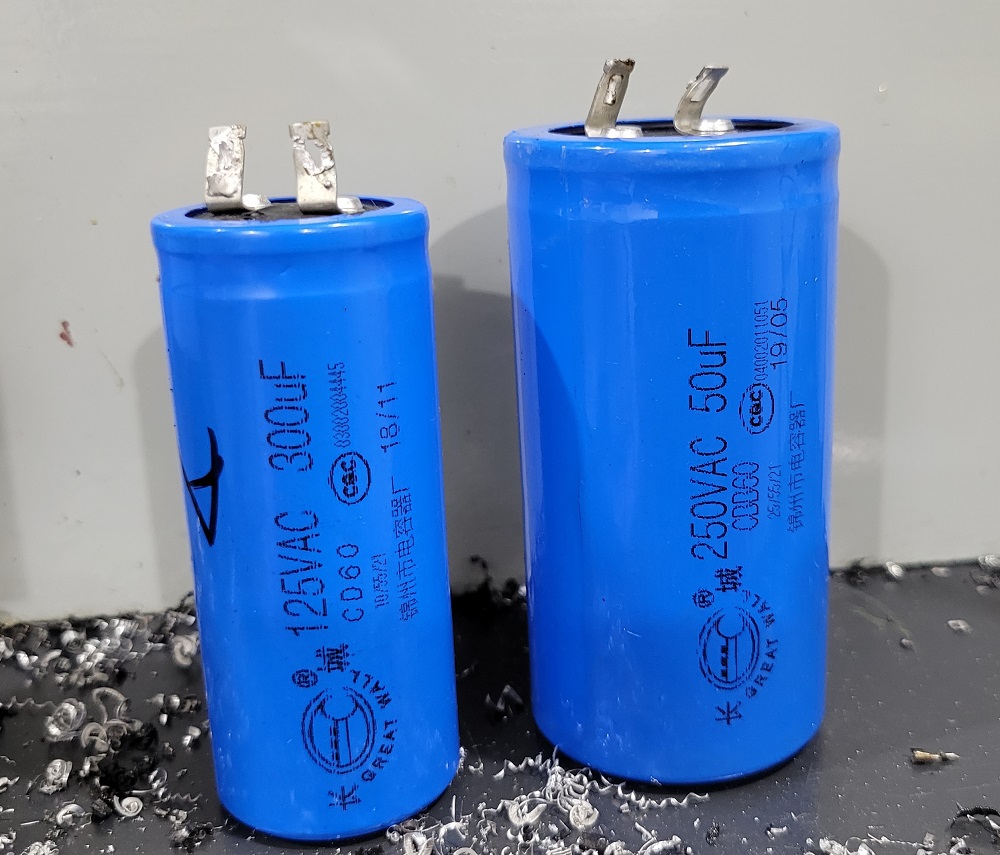 Thankfully it's the sort of thing I should be able to source locally with relative ease.

I managed to source this capacitor locally: 270μF instead of the original 300μF but it seems to have done the trick ;D 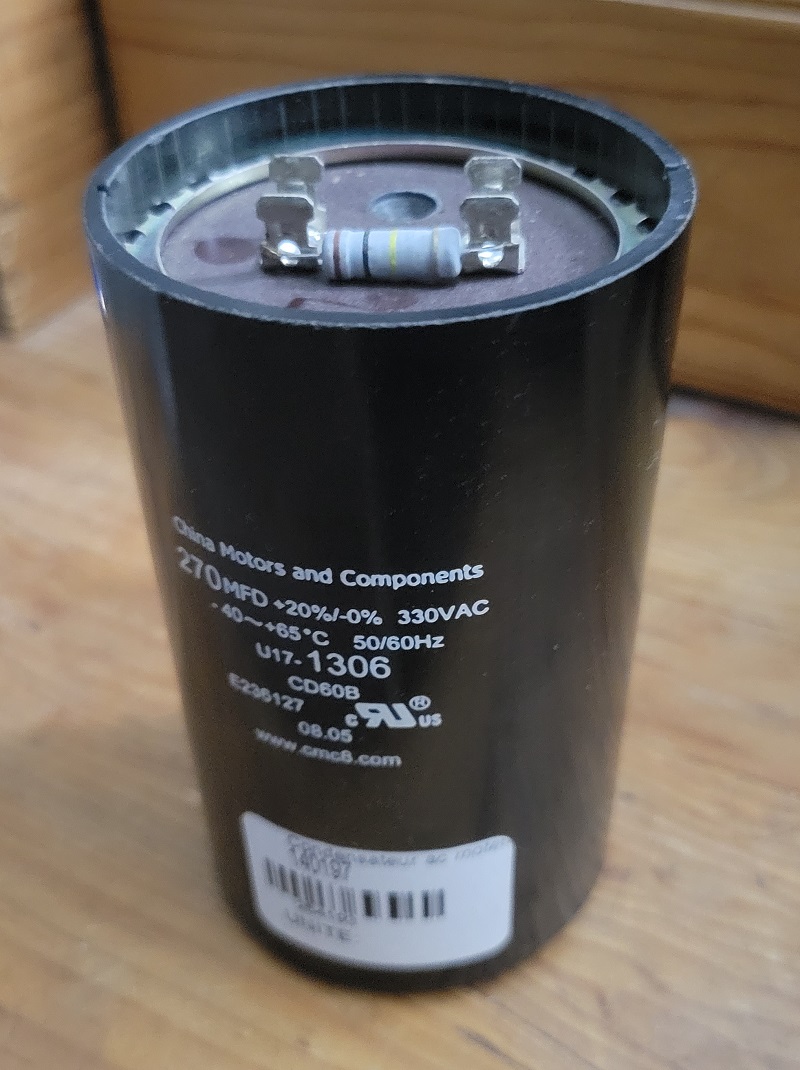 270μF instead of the original 300μF but it seems to have done the trick ;D hurrah!

The capacitor came with a resistor between the terminals, which from what I've read is to bleed off residual voltage from the capacitor when disconnected, but I removed it as the original didn't have one.

Glad to hear it was something simple. I would have left the resistor on a start capacitor, as it will live with charge on it - it's a shock hazard. there's also the risk of more arcing on the centrifugal switch as it switches, which could mean more wear and tear. It's no biggie, though, just be very careful where you stick your pinky, they bite quite hard. The run capacitor doesn't need one, it bleeds off through the windings as it's permanently attached.

My lathe is currently out of action as I stupidly believed the manual for a chinese inverter...
Top
Post Reply
19 posts