I have always wanted a decent compressor to keep in my vehicle for various uses (and of course potato accelerating). So yesterday i purchased a Viair 400c compressor online.
http://viaircorp.com/Industrial/400C.html

Has anyone had experience with 12v DC compressors other than the $10 ones?
Also I know flow won't be fantastic compared to a shop compressor so if anyone knows about how it will do that would be great!
Top

Personally I think you'd be more satisfied with a proper compressor... a belt driven one - not sure if that's the right term but I mean one that's powered by the engine
Children are the future

a "proper" compressor would not have been an option unless I had a full size truck or service vehicle, definatly not the car and van I drive
Top

I raped a motor home for the air ride compressor and it looks exactly like that. The flow sucks but, for a 12V model it bust ass!
Look if you must.
Top

I would recommend finding yourself a large fire extinguisher or similar pressure vessel that you can use as an accumulator, and hook it up to a pressure switch for the compressor. That way the compressor can fill it at its own leisure and you will always have a quantity of air instantly available. 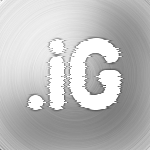 nothing really compares to a full size compressor, but i totally agree with Jack, if this is the route you are going to take having the extra compressed air on hand will mean less time spent plucking the crap out of under your finger nails and more time launching projectiles at targets

but on a side note, after a few months let us all know how that compressor is in terms of durability and so forth.

Those Viair compressors are monsters. My brother has one for his train horns in his truck, which now has a 21 gallon air tank, and that little compressor is a beast. It once ran for 4 hours straight and didn't burn out (pressure switch broke). I don't think you'll have any problems with it if you use it moderately with your spudguns.
OG Anti-Hybrid
One man's trash is a true Spudder's treasure!
Golf Ball Cannon "Superna" ■ M16 BBMG ■ Pengun ■ Hammer Valve Airsoft Sniper ■ High Pressure .22 Coax
Holy Shat!
Top

I use an inverter with a low HP Nailer compressor for my portable use. Works like a champ. Has 100% duty cycle so long runs are not a problem. It even provides power for lights for night time fun.

received the compressor yesterday, first impressions are good so far

flow has defiantly exceeded my expectations for "just" a 12v compressor, the amp draw is higher than I had wanted, around 15A at 0psi. but that's nothing I cant handle, already have 4guage wire to the back of my car.

the limit on duty cycle appears to be the buildup of heat on the compressor head, it will get hot to the touch but the motor is as cool as it started, I don't know hot they are made to run.

also made a trip to the local surplus store to pick up a new fire extinguisher for it, also found some cheep(and appear to be decent) regulators so I should have a legit setup when im done
Top

I decided to go with a more permanent install than I originally thought. compressor is installed in the back of my van behind the side panels so it is completely hidden and slightly muffled. now I just have to finish up the electronics this weekend then it should be all good to go.

and as far as cooling goes, the van does have refrigerant lines going to the back for the air conditioning already.....
Top
Post Reply
11 posts • Page 1 of 1