"In the world of spuds today" 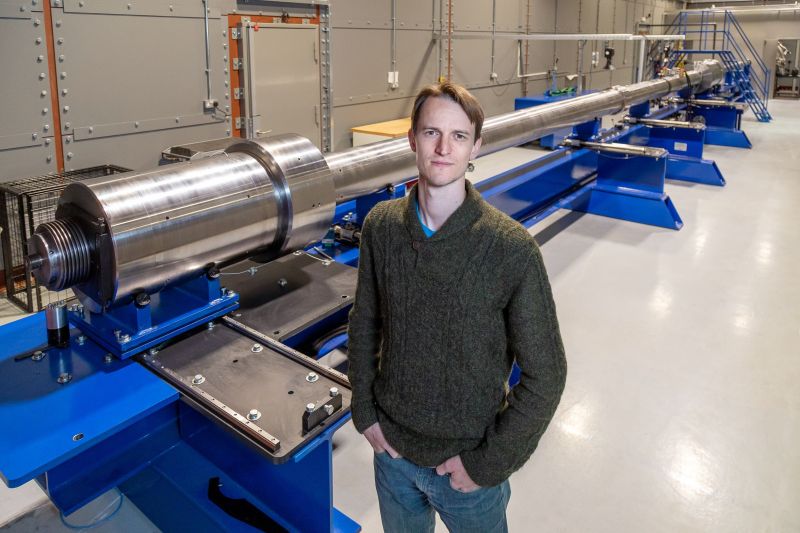 I believe the expression rhymes with "clucking bell"...

jackssmirkingrevenge wrote: ↑
Sun May 09, 2021 8:53 am
Apparently it was a "hot" loaded round, he was very lucky that one of those lugs didn't kill him.

That's what he thought, but there was a bit more going on. The sabot material was building up in the barrel, and the signs where there, he did say the shots were going off target and the recoil felt different.


The 85,000psi number was spoken in error, according to the manufacturer of the gun. I thought that didn't sound right as that would have been a safety factor of only 1.5 as the operating pressure is around 55,000 psi. Turns out the safety factor is (supposedly) closer to 3 at around 160,00psi, which makes much more sense. I wouldn't trust a lawn chair with a safety factor of 1.5 let alone a .50 cal rifle.
The thing that makes me most curious, is that after the accident happened, the gun manufacturer said in a video that he asked an engineer friend to analyze the strength of the threads. This was AFTER the accident. My jaw hit the floor when he said that because it implies that he manufactured the rifle without stress analyzing the design. I'm no expert, but I'm pretty sure the engineering is supposed to happen BEFORE you make the gun and sell thousands of them, not AFTER.
At the end of the day, he said the most likely cause was the round was loaded with pistol powder which burns much faster than rifle powder. The rifle was basically a pipe bomb at that point. A better failure mode would have been "better", but it's hard to say how much it would have helped.
I know it's an apples to oranges comparison, but this is one area where spud guns have an advantage over firearms; you can design the cannon to be strong enough to withstand a close chambered combustion, and accidental over fueling is outrageously unlikely. You won't accidentally use the wrong propane (because there's only one propane) or accidentally inject a perfect mixture of 10x instead of 5x.
Top

What do you think...
What will be the next step in airguns? Maybe more pressure to achieve more power, or more autonomy?
I think that the boys of 60 or 70 years in the future, they are not going to shoot with the same thing that we shoot. In aviation, they went from propellers to turbines, from thermal engines to electric ones, ... and so on.
What will come next, from today's sophisticated pcp? How will compressed air weapons evolve?
I think that before technological solutions, it is necessary to want and dream something better. The engineers who made turbojets possible dreamed of more altitude, more speed ... and then they began to brainstorm possible solutions.

I am the author of the first semi-automatic hybrid, check this out

hectmarr wrote: ↑
Thu Jun 03, 2021 9:31 pm
What will be the next step in airguns? Maybe more pressure to achieve more power, or more autonomy?

An interesting thought, one can compare to firearms where in spite of the march of technology, there is little difference between the cartridges fired by the guns used today compared to those used in the First World War more than a century ago. The advances have been in materials and ergonomics in terms of construction but the performance is more or less the same.

For airguns you're not going to squeeze much more power for a given air pressure, nor will it be practical to use pressures greater than 4500 psi without developing a new range of fill systems.

I think we will probably see electronic control as pioneered by Steve Harper in the UK and adopted by Daystate become more widely adopted, and maybe a few innovative valve configurations like the Huben K1

There seems to be a lot of interest in semi-automatics these days, as well as bigger bores than the traditional 0.22" and the use of slugs/bullet type projectile as opposed to pellets.